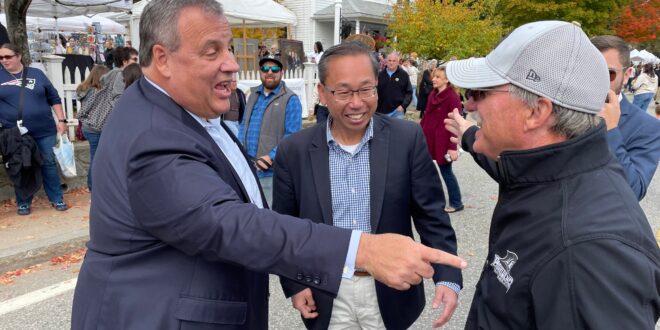 2024 Watch: Christie argues GOP is not dominated by Trump but rather by ‘conservative principles’

The 2016 Republican presidential candidate and possible 2024 contender was on a 2022 mission last week, stumping at the Scituate Art Festival in Rhode Island along with former Cranston mayor Allan Fung, the GOP nominee who has a very good shot at becoming the first Republican in over three decades to win election in Rhode Island’s Second Congressional District.

Christie’s known as one of the Republican Party’s best communicators, and unlike nearly all the other potential 2024 GOP presidential contenders, Christie has no problem speaking publicly about his likely national ambitions. And with the next race for the White House getting underway after the conclusion of next month’s midterm elections, Christie was more than happy to talk about 2024 with Fox News.

And he emphasized that “once you’ve run for president and you’ve had the opportunity to meet folks all across the country, and you see what’s going on in this country now, it’s hard to turn your back on that. So I’m going to continue to be a force, whether it’s as a candidate or in supporting other candidates… to try and make the country better.”

Christie placed all his chips in his run for president six years ago in New Hampshire, which for a century’s held the first primary in the White House race. But Christie’s presidential campaign crashed and burned after a disappointing and distant sixth-place finish in New Hampshire, far behind former President Donald Trump, who crushed the competition in the primary, boosting him towards the nomination and eventually the White House.

Christie became the first among the other GOP 2016 contenders to endorse Trump, and for years was a top outside adviser to the then-president. But the two had a falling out after Trump’s unsuccessful attempts to overturn his 2020 election loss to now-President Biden.

With Trump — who remains the most popular and influential politician in the GOP — gearing up for a likely third presidential campaign, Christie was asked if there’s a lane in 2024 for a vocal critic of the former president.

“And I disagree with the premise that it’s [the Republican Party] dominated by Donald Trump. I don’t think that it is. What it’s dominated by are conservative principles that we want to stand for,” he argued.

“We want to win again. The problem here as you know is that we haven’t done much winning since 2016,” Christie said. “It’s time to start winning again and that’s the kind of approach if I run that I would bring. We need to nominate someone who can win a general election. Not someone who will go down in flames in one.” 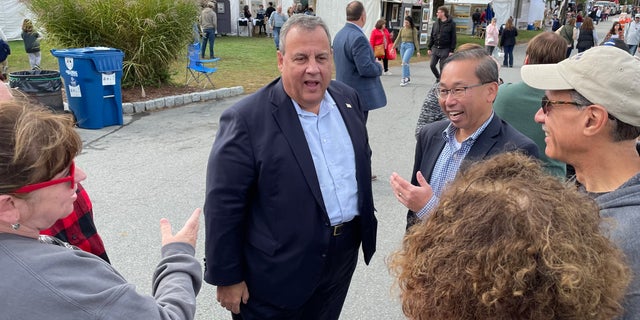 And Christie once again took a shot at those potential contenders who’ve said they won’t run if Trump launches another White House campaign.

“If your decision to run for president depends on what someone else does, you have no business being president. You have to be willing to say ‘I have the skills, the ability and the desire to help change the country for the better regardless of who runs,’” Christie said. “If you think you’re the best person to do that, then you shouldn’t care who else runs. I certainly don’t.”

Sen. Tom Cotton’s mission to “put the brakes” on President Biden brought him back to Iowa this weekend.

The senator from Arkansas and rising star in the Republican Party teamed up on Saturday with GOP Rep. Mariannette Miller-Meeks, the military veteran who’s being targeted by Democrats as she runs for re-election this year in Iowa’s 2nd Congressional District.

Cotton, a two-term senator and Army veteran who served in combat in the Iraq and Afghanistan wars, has made multiple trips the past year and a half to both Iowa — whose caucuses kick off the presidential nominating calendar — and New Hampshire. He was last in New Hampshire in August. Those stops are part of his travels across the country on behalf of fellow Republicans running in this year’s elections.

“We’ll go wherever the races are the most intense because the people of Arkansas, like most Americans, want a Senate that’s going to provide a check and a balance on Joe Biden and the way we do that is to elect Republicans like Herschel Walker in Georgia,” Cotton told Fox News on Tuesday after joining GOP Senate nominee Herschel Walker at a campaign event in Carrollton, Georgia.

Next up for Cotton: a stop in Pennsylvania on Monday to campaign with Republican Senate nominee Mehmet Oz.

The senator met in June with top donors and advisers at the Hay Adams Hotel in downtown Washington, D.C. Sources attending that meeting confirmed to Fox News that Cotton said he wouldn’t defer to any other potential candidate — including Trump — when it comes to his own decision about launching a national campaign. And Cotton said that decision on whether to run for president would come after November’s midterm elections.

The senator’s scheduled to head out on a promotional tour starting next month for a new book he’s penned on national security and military police. And Fox News has confirmed the senator will gather with donors following the midterm elections at a retreat in Middleburg, Virginia.

But publicly, Cotton is keeping his cards close to his vest.

Haley heads back to New Hampshire

Haley, who traveled to New Hampshire late last month to campaign with Bolduc, will team up with him again Tuesday in Greenland, N.H. 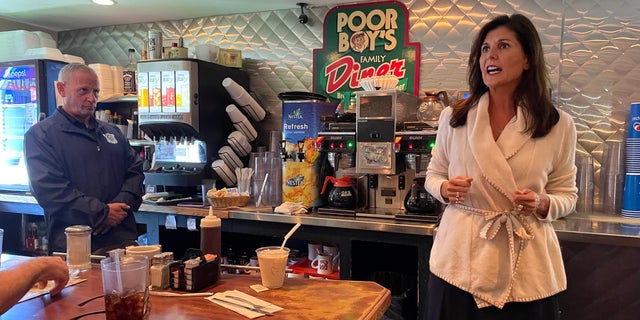 Former South Carolina Gov. Nikki Haley, who served as ambassador to the United Nations during the Trump administration, teams up on the campaign trail with GOP Senate nominee Don Bolduc of New Hampshire, at Poor Boy’s Family Diner, on Sept. 23, 2022 in Londonderry, N.H,.
(Fox News )

Haley’s travels this year on behalf of fellow Republicans have also taken her to Iowa and Nevada, which votes fourth in the GOP presidential primary schedule. Haley’s home state of South Carolina holds the third contest in the Republican nominating calendar.

Haley, who says she’s considering a potential run for the 2024 GOP presidential nomination, told Fox News during her stop in New Hampshire a couple of weeks ago that “if we don’t win in November, there is no 2024.”

And she also reiterated that “after November, we’ll figure it out. But you know what I’ve said — I’ve never lost a race. I’m not going to start now. If there’s place for me, we’ll put a 100% in, and we’ll finish it.”