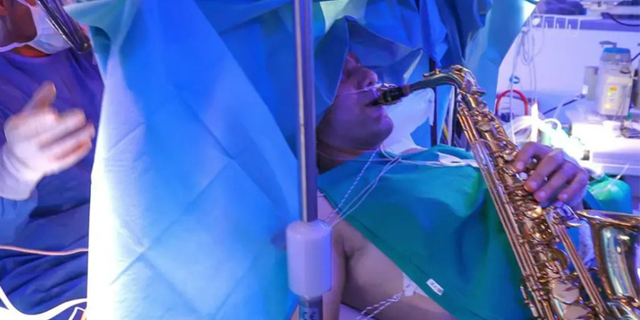 A musician undergoing complex brain surgery in Italy played the saxophone during the entire nine-hour operation that he spent awake and fully conscious.

The man, 35, had the procedure performed at Rome’s Paideia International Hospital on Monday to have a brain tumor removed. He was discharged from the hospital on Thursday.

According to a press release from the hospital, the patient underwent an “awake surgery” so surgeons could ensure his neurological functions were not compromised. The patient being left-handed had further complicated an already complex operation.

The 10-member international team was led by Dr. Christian Brogna, who said that every brain and every person is unique.

A musician undergoing complex brain surgery in Italy played the saxophone during the entire nine-hour operation that he spent awake and fully conscious.
(Paideia International Hospital)

“Awake surgery makes it possible to map with extreme precision during surgery the neuronal networks that underlie the various brain functions such as playing, speaking, moving, remembering, counting,” Brogna said in the release. “The goal of awake surgery is to remove the brain tumor or a vascular malformation such as cavernomas located in specific areas of the brain, preserving the patient’s quality of life.”

Brogna said in an interview that the patient had told surgeons it was crucial his musical ability be preserved. The patient playing the saxophone was also useful to the medical team, as it allowed them to see different functions of the brain during the operation.

The man played the theme song from the 1970 movie “Love Story” and the Italian national anthem at various times throughout the procedure. 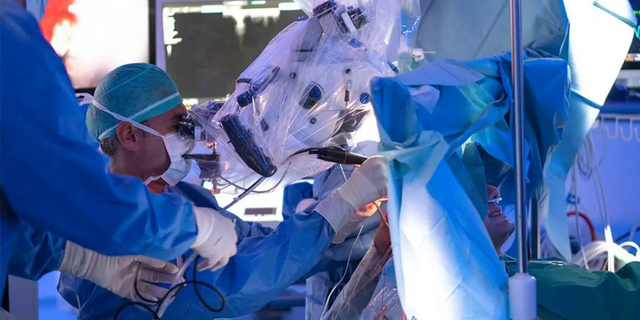 The medical team, Brogna said, examines the entire person, not just the pathology, in preparing for any brain surgery. The team had met with this patient six or seven times in 10 days prior to the procedure.

“When we operate on the brain, we are operating on the sense of self, so we need to make sure that we do not damage the patient as a person — their personality, the way they feel emotions, the way they get through life. The patient will tell you what is important in his life and it is your job to protect his wishes,” Brogna said.

He said the details of the surgery being disclosed to the patient before operation helps them to remain calm during the procedure. 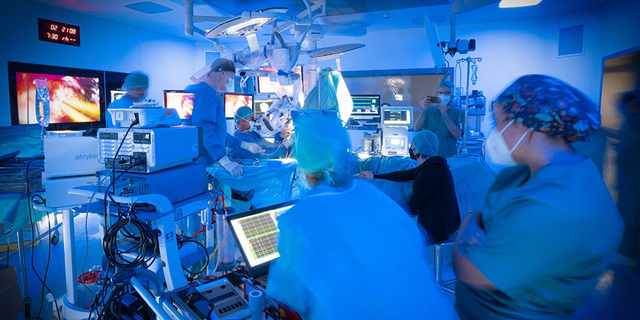 The patient underwent an “awake surgery” so surgeons could ensure his neurological functions were not compromised.
(Paideia International Hospital)

The surgeon also noted that the patient has been able to return to a normal life.

“Every awake surgery not only allows to obtain the maximum result in terms of removal of the pathology, but it is a real discovery,” Brogna said in the release. “Each time it offers us a window into the functioning of this fascinating, but still in many ways mysterious organ, which is the brain.”

Previous US poised for slowdown in high-end munitions deliveries to Ukraine
Next Florida spends nearly $1M for migrant flights to Delaware, Illinois that were postponed