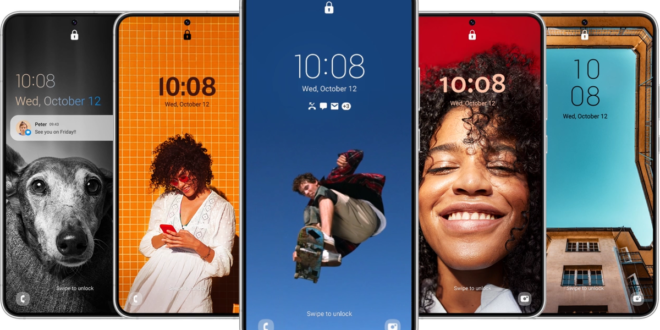 Samsung’s take on Android 13, called One UI 5, is ready to come out of public beta testing “in the coming weeks,” according to a company press release issued today. Highlights include a more personalized lock screen and new modes to filter out unwanted disruptions based on your activity. Sounds an awful lot like iOS 16, and you know what? That’s fine! These are all great features on iOS, and Samsung is smart enough to copy them.

One UI 5’s lock screen customization works about the same way that Apple’s does: long-press your lock screen, and you’ll see options to customize your wallpaper and clockface. There’s an option to create a wallpaper using a short video clip, too. Samsung says there are more wallpapers to choose from for your home and lock screens, including new color and graphic options.

Samsung’s Routines feature (conspicuously missing the name “Bixby” in front of it) has been expanded to recognize more situations to kick-start automations, like connecting to a mobile hotspot or turning on airplane mode. But there’s a new feature, too, just called “modes.” They’re designed to filter out distractions for different activities, like working, sleeping, or exercising. You know, like Focus modes. Widgets get an update in One UI 5, too, with a new smart suggestions widget that offers usage-based app and action recommendations.

Plenty of this sounds familiar, but there’s an interesting feature mentioned in Samsung’s release that’s new to me: Bixby Text Call, which allows you to answer and communicate with a caller via text. Bixby reads your text to the person calling and, likewise, converts their voice to text. It sounds like a clever way to take a phone call when you’re somewhere loud or need privacy. Or it might come in handy if you hate talking to strangers on the phone with the fire of a thousand suns! Just spitballing here. In any case, the feature is available in Korea and won’t make it to the US until early 2023. If it’s good, maybe Apple can copy Samsung’s work here.