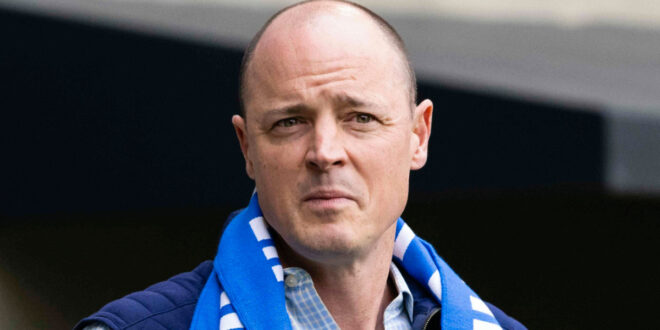 Among the findings of an independent investigation into the National Women’s Soccer League released Monday, Portland Thorns owner Merritt Paulson is one of the league figures who helped enable systemic emotional abuse and sexual misconduct.

According to the report, which was led by former acting U.S. attorney general Sally Q. Yates and the law firm King & Spalding, Paulson helped cover up accounts of sexual abuse and coercion regarding former Thorns coach Paul Riley, who was fired by the North Carolina Courage in September 2021 when the news became public.

On Tuesday, Paulson announced he will be stepping back from the Thorns organization following the NWSL report.

“Yesterday’s Yates report unveiling was the darkest day I have experienced, and I know the same is true for everyone else who loves our team and our league,” Paulson said. “I would imagine that it was even harder and darker for those whose stories were shared publicly. … I cannot apologize enough for our role in a gross systemic failure to protect player safety and the missteps we made in 2015. I am truly sorry.

“Given the Thorns are about to enter the NWSL Playoffs, I have told the NWSL that I will be removing myself effective today from all Thorns-related decision making until the joint investigation, which we are fully cooperating with, is released.”

The Thorns are owned by the same company that owns the Portland Timbers of MLS, Peregrine Sports LLC, and the Timbers franchise also is affected by the fallout of Monday’s report. Timbers general manager Gavin Wilkinson and Timbers/Thorns executive Mike Golub will be stepping away from the organizations at this time.

Thorns player Becky Sauerbrunn spoke to media Tuesday following the report and said she believes any owner involved in the systemic emotional abuse and sexual misconduct findings should step down.

“It’s my opinion that every owner and executive and U.S. Soccer official who has repeatedly failed the players and failed to protect the players, who have hidden behind legalities and have not participated in these investigations, should be gone,” Sauerbrunn said, via The Equalizer.

Sauerbrunn is just one of many players who have spoken out since Monday’s report.

Paulson’s announcement comes just hours after a Thorns supporters group called for the ownership group to step down from its roles.