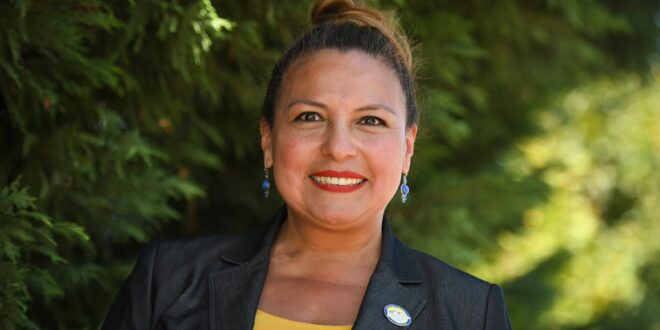 Democratic representatives seeking re-election this fall in Virginia remain silent after cozying up with a delegate in the state legislature whose new bill would make it a punishable crime for parents not to affirm their LGBT children.

On Thursday, Delegate Elizabeth Guzman told WJLA that at the start of the new legislative session, she will introduce a bill that would penalize, with a misdemeanor or felony charge, parents who do not affirm their LGBT children. The bill would expand the state’s definition of child abuse and neglect to include parents who do not affirm their LGBT children’s gender identity or sexual orientation.

“Well, we first have to complete an investigation,” Guzman told WJLA about the new bill. “It could be a felony, it could be a misdemeanor, but we know that [Child Protective Services] charge could harm your employment, could harm their education, because nowadays, many people do a CPS database search before offering employment.”

Rep. Abigail Spanberger, D-Va., who is running in a tight House race, recently accepted an endorsement from Guzman in July for her re-election campaign. “@guzman4virginia is a tireless leader in the Virginia House of Delegates. I am proud to have Delegate Guzman’s support for my campaign,” she wrote in a Twitter post.

Spanberger and Sen. Tim Kaine, D-Va., were recently photographed with Guzman during a routable discussion on Tuesday morning and attended an early-voting event at the Prince William Country DMV that afternoon.

Former senior Department of Justice official and parental rights activist Ian Prior called out Spanberger for her ties to Guzman on twitter.

Fox News Digital reached out to Rep. Spanberger, asking whether she would pull her endorsement from Guzman and whether she, too, believed it was a crime for a parent not to affirm their LGBT child. Spanberger did not immediately respond.

Another Democrat seeking re-election this fall, Rep. Jennifer Wexton, D-Va., is linked to Guzman after endorsing her this cycle for the House of Delegates. Wexton also did not respond to Fox News Digital’s request for comment asking whether she would disavow her endorsement for Guzman.

Guzman’s proposal to criminalize parents who don’t affirm their LGBT children came after Gov. Glenn Youngkin, R-Va., introduced new policies that would require students to use bathrooms and join sports teams based on their biological sex rather than their gender identity.

“The day that Governor Youngkin wanted to implement this policy, I immediately texted the policy lead of that committee and said, this is how we’re going to push back,” Guzman said during her interview.

Spanberger joined “The Politics Hour” with Kojo Nnamdi Friday and voiced her disagreement with Youngkin’s policies. “I think it’s unfortunate that adults may want to punch down” on LGBTQ kids. “It’s a pretty sad state of affairs,” she said.

Elizabeth Guzman is running for re-election for the Virginia House of Delegates in Virginia’s 31st District.
(Jahi Chikwendiu/The Washington Post)

Youngkin defended his new policies during an interview Sunday with CNN’s Jake Tapper.

“Let me begin with these basic principles, which is, first, parents have a fundamental right to be engaged in their children’s lives. And, oh, by the way, children have a right to have parents engaged in their lives. We needed to fix a wrong,” Youngkin told Tapper. “The previous administration had had a policy that excluded parents and in fact, particularly didn’t require the involvement of parents. And let’s be clear: parents have this right, and children don’t belong to the state, they belong to families.”

“This is not controversial,” the Republican governor exclaimed.