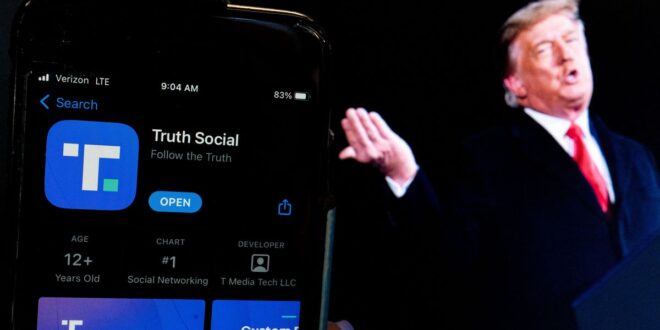 Truth Social is now available on the Google Play Store

Truth Social, which offers a Twitter-like social experience, markets itself as a platform that “encourages an open, free, and honest global conversation.” It first launched on the Apple App Store in February before attempting to offer its app through the Google Play Store.

Google said in a statement that it permits apps on the Google Play Store as long as they “comply with our developer guidelines, including the requirement to effectively moderate user-generated content and remove objectionable posts such as those that incite violence.” The company adds that Truth Social has agreed to enforce the moderation measures on user-generated content that Google requires. Google also reinstated a similarly focused app, Parler, after issuing a ban following the Capitol riots.

In addition to policy violations that initially prevented its launch on Android, the Trump Media and Technology Group (TMTG)-owned Truth Social has also been facing financial issues related to its repeatedly delayed SPAC. Digital World Acquisition Corp, the shell company set to merge with TMTG and take it public, delayed the process again on Monday and has now scheduled its shareholder vote to take place on November 3rd.

Trump’s media company is also currently facing an investigation from the Securities and Exchange Commission (SEC) following a complaint alleging securities violations from a former Trump Media executive. Digital World Acquisition Corp has already warned investors that a dip in Trump’s popularity could negatively affect the company, and, as CNBC notes, investor’s opinion of its prospects has also wavered on the possibility that Elon Musk will complete his purchase of Twitter and unban Trump from the platform.