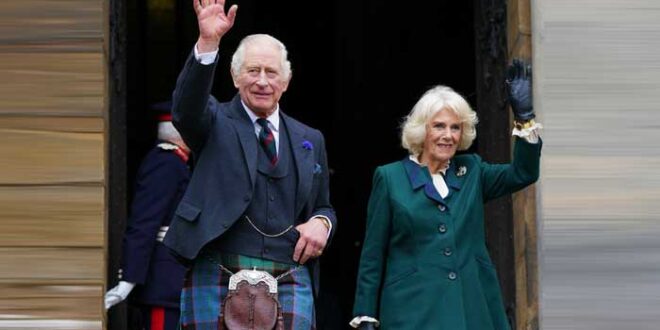 The Buckingham Palace has confirmed that King Charles will be crowned alongside Camilla, the Queen Consort on Saturday, May 6, 2023 at Westminster Abbey.

But Meghan and Harry’s fans are furious as the ceremony will coincide with the fourth birthday of the Duke and Duchess of Sussex’s eldest son, Archie.

reacting to the announcement, one Twitter user @IrisTheeScholar penned: “So King Charles The Cruel has set his Coronation for the 6th of May next year… AKA his grandson Prince Archie of Sussex’s 4th birthday.”

Another user, nicknamed H (@hrhpluggles), raised a question, writing: “Is the King’s coronation date the same as Archie’s birthday deliberately?”

Meanwhile, some users suggested that the coronation date may have been an olive branch to the Duke and Duchess of Sussex, explaining: “Coronation day is Archie’s birthday too. That for me symbolises that although the Royal family is an institution, family will always be family.”

However, royal expert Katie Nicholl considers it a “happy coincidence”. She added: “Having the coronation on Archie’s birthday is definitely not a snub.”