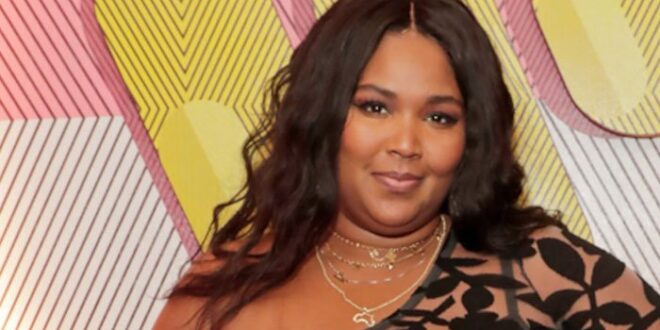 Lizzo recently explained why her skimpy stage costumes served as a powerful message of “female empowerment”.

“When it’s sexual, it’s mine,” said Juice singer in a new interview with Vanity Fair.

The songstress continued, “Black women are hypersexualized all the time, and masculinized simultaneously. Because of the structure of racism, if you’re thinner and lighter, or your features are narrow, you’re closer to being a woman.”

Speaking about her bold wardrobe selection on stage, the Truth Hurts singer revealed that her inspiration was Beyoncé who she saw rocking on famous black leotard from the 2008 music video Single Ladies.

“I can’t even put into words what Beyoncé did for so many people. She was the beginning of Black women celebrating their curves—although she was on the smaller end of the spectrum—but she was our only representation,” reasoned About Damn Time hit-maker.

The singer-songwriter told outlet, “It seemed like it became the industry standard for everyone.”

Lizzo mentioned, “I wanted to be like a dancer and also, it was kind of political and feminist in my eyes to have me, a full-figured dancer, wearing leotards, showing and celebrating curves and being Olympian in strength, endurance, and flexibility.”

During her acceptance speech, Lizzo remarked, “Someone fat like me, Black like me, beautiful like me. If I could go back and tell little Lizzo something, I would be like, ‘You’re going to see that person but bitch, it’s going to have to be you.’”