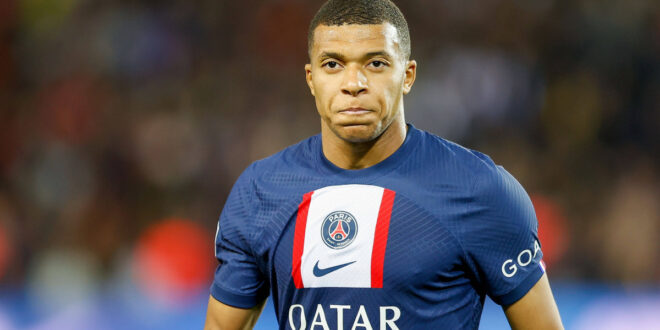 Kylian Mbappé is reportedly prepared to leave Paris Saint-Germain in January with the forward unhappy with the club’s current direction, according to multiple reports in Europe.

French outlets RMC and Le Parisien first reported the unsourced news, while ESPN’s Julien Laurens confirmed that Mbappé’s relationship with the club has broken down.

The 23-year-old star was the subject of a lengthy transfer saga for much of the last year before snubbing a move to Real Madrid in order to sign a new contract with PSG.

But according to Laurens, Mbappé is said to be unhappy that the team’s hierarchy, including sporting director Luís Campos, president Nasser Al-Khelaifi and manager Christophe Galtier, have not kept their promises to him regarding the club’s management both on and off the field.

Laurens reports that Mbappé was told he would play with a true No. 9 while the club would also add another center back in the transfer window.

On Tuesday, before PSG’s Champions League match with Benfica, Campos told Canal+ that he was unaware of the story, saying, “Kylian never told me about that. I deny this information.”

On Monday, Galtier hinted that Mbappé was not at ease with PSG, where the star has also clashed at times with star teammate Neymar.

“I am trying to reassure him by finding different options,” Galtier said, per ESPN. “I don’t know what the club told him before I arrived in the summer, but we are very sensitive as to how he feels and what he says because he is a very important player for the team.”

Just last week, Mbappé passed teammate Lionel Messi and Cristiano Ronaldo on a Forbes list of the highest-paid soccer players in the world with the French star expected to make $128 million this year between his contract and endorsements.

In order for Mbappé to leave PSG, it would require the club to agree to sell him—something it is not prepared to do right now, according to transfer insider Fabrizio Romano.