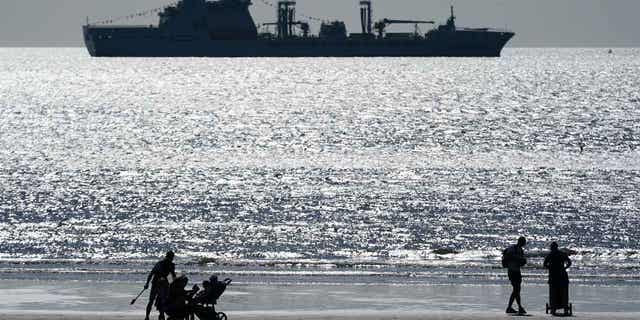 The United Kingdom announced Tuesday that it has deployed a ship and specialized police to the Turks and Caicos Islands to fight a spike in violence.

Two dozen specialists who were stationed in the Bahamas arrived Friday on the archipelago, while a Royal Fleet Auxiliary tanker with a helicopter is en route and will be used as a platform for operations, said the UK’s Foreign, Commonwealth & Development Office.

The archipelago of some 58,000 people has reported 15 fatal shootings since early September. Among the victims was Kent Carter, an NAACP leader from Virginia who was killed Oct. 2 while on vacation.

“The U.K. has a moral and constitutional responsibility to support and protect the people of the overseas territories, who are a valued part of the U.K. family,” said U.K. Foreign Secretary James Cleverly. “We had to act following the terrible violence we’ve seen in the Turks and Caicos Islands these past few weeks.”

The UK also said it would create and fund a new crime team within the police department to fight gangs, give training and procure a maritime surveillance aircraft.