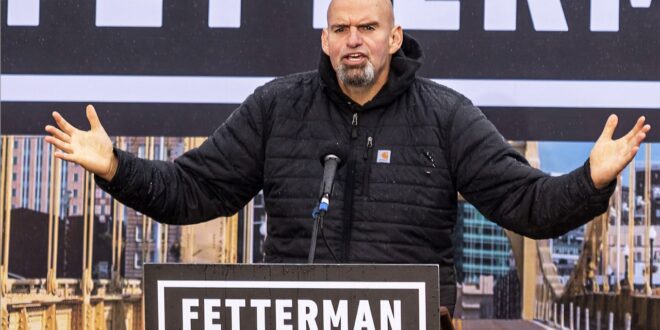 John Fetterman claims he saved Braddock, Pa., but it’s got ‘no life’

Tony Lundy is sitting on one of three chrome stools at Hocky Brothers auto parts store on Braddock Avenue, waiting to find out how much it will cost to fix his car.

Dressed in work clothes from the plant he works at nine miles down the river in Pittsburgh, the 61-year-old has called Braddock home for most of his life. Lundy fondly recalls growing up as one of 13 children surrounded by this once-vibrant community.

“The town was the place to be,” Lundy said. “Braddock Avenue had four or five businesses on every block on both sides of the street, every kind of business you could think of — shoe stores, dress shops, men’s stores, restaurants, beauty shops, barber shops, a grocery store. Now look at it, there is nothing.”

He points down the desolate street, devoid of the crowds that he says once walked shoulder to shoulder to get from one place to the other.

“Oh, and the streetlights, they just lit the place up like there was going to be a parade,” he recalled of Braddock in the ’60s and ’70s.

Formerly a bustling borough of 20,000 people — where a resident never had to leave the city limits to eat or be entertained or go to church or school — Braddock today is home to fewer than 1,700. Most of the businesses, houses of worship and educational institutions are gone. Even the heart of the community, the beloved Braddock Hospital, has been leveled to the ground.

John Fetterman, the Democratic candidate for US Senate, began his political career here when he ran for mayor in 2005 and won with 149 votes — just one more than his rival. He stayed for two more terms until leaving office in 2019 to become lieutenant governor of the state under Gov. Tom Wolf.

Now running against Republican candidate Dr. Mehmet Oz, in a race considered a toss-up, Fetterman is betting his image as an everyman who saved this small town will take him all the way to Washington.

Fetterman has boasted that “as mayor of Braddock and its chief law enforcement officer, I worked with the chief of police, our police officers, and the community to reduce violent crime.” But data between 2005 and 2018 show that violent crime actually rose under his leadership.

He also pledged to “make sure our public schools have the funding they need” even though he went years without paying his own school district taxes to fund one of the poorest districts in the state. What’s more, the population of Braddock suffered large drops under his mayorship, plummeting 25.9% between 2000 and 2010 and an additional 20.3% between 2010 and 2020.

Raised in York, Pa., Fetterman was born to teenage parents. His father went on to become a highly successful partner in an insurance firm. Twenty-two years ago, Fetterman came to Braddock, fresh out of Harvard’s Kennedy School of Government, to begin a youth program.

Now 53, with a 6-foot-8 linebacker’s physique, shaved head, goatee, tattoos and a fondness for hoodies and cargo shorts, Fetterman has crafted a progressive hero legend for himself that locals say is far from the truth.

Indeed, the hopeful story of a young mayor saving this small Rust Belt town is full of holes. And no one is more disappointed than those who live here.

FETTERMAN’S STRING OF MISFIRES AFTER STROKE FUEL QUESTIONS ABOUT FITNESS: ‘KICKING BALLS IN THE AUTHORITY’ 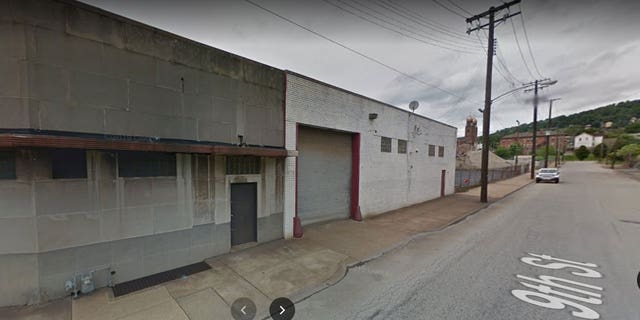 “Brought it back to what? Life? Come on. Look around you, there ain’t no life here, nothing is rebuilt here, nobody brought anything back, it got worse,” he said of Braddock.

Lundy said he wished the Fetterman legend was true. “I really do, but you can’t put this back together, and it is insulting to those who live here to tell us that we are better off because of him.”

Walking the length of Braddock Avenue’s business district, in the shadow of the giant steel mill that has dominated the skyline since the 1880s, it’s hard to quibble with Lundy’s assessment.

Not that long ago, hundreds of businesses lined Braddock Avenue, including Bernie’s clothing store, Isaly’s Deli, Brandywine Grill and the Ohlinger home furniture store. Today, there are just over a dozen businesses left. Many more are boarded up or even torn down, with empty lots marking their former presence like solemn graveyards.

The restaurant Superior Motors, which Fetterman brought here with star chef Kevin Sousa and placed in the first floor of his home, closed within four years. The Brew Gentlemen brewery he attracted in 2014 is open just three days a week from 4 to 9 p.m., and on Saturdays, the only fully open day, from 1 to 9 p.m. 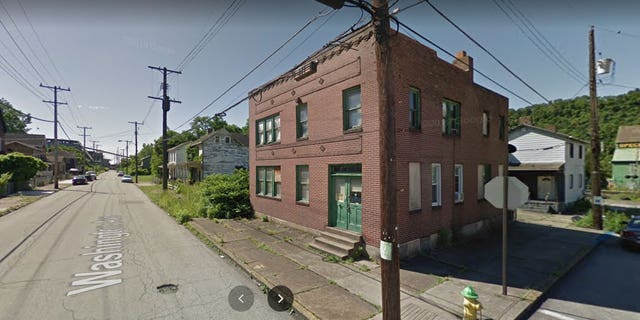 Lundy says of the brewery, “I’ve gone a couple of times but lately every time I go down there, they are closed.”

Mary Carey has been deeply involved in the community her entire adult life as the culture & information facilitator at the Braddock Carnegie Library, a job she recently lost due to cutbacks. She said she bears no ill will toward the former mayor, who still lives here, but she takes issue with his narrative that he made the borough better.

“Job creation, what job creation? You mean the Family Dollar Store over there?” she said, pointing to the discount variety store on the vacant street.

Carey praised Fetterman’s wife, Gisele, for her presence in the town but said even the community gardens that received a lot of press have fallen on hard times.

“We have a lot of community gardens out here. [But] if you ride past them right now, you wouldn’t even think it was a garden because no one is taking care of it. Now I know that is a little thing, but they brought outsiders in to create them and once they left…,” she said, her voice trailing off. 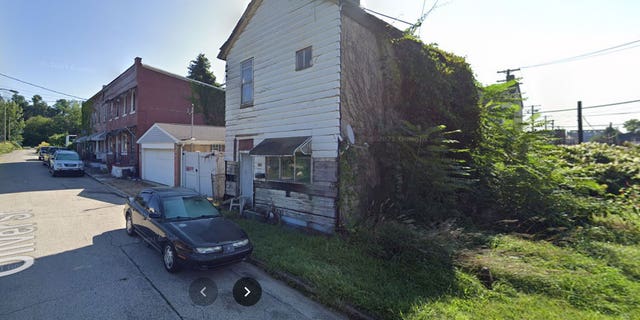 The office Fetterman held here for nearly two decades has little power. The mayor is in charge of overseeing public safety and can be a tiebreaker on a council vote. But that never stopped Fetterman from butting into matters over which he had no power.

In 2010, surveillance footage captured him in the middle of the night changing Club 804 nightclub’s sign that said “Opening Soon Under New Management” to “Closed Not Opening Soon” — to send a message to the owners that they weren’t welcome.

Fetterman told local press at the time, “We’re going after the club with vigor because it’s public nuisance No. 1 in our community.” Cardell Collins, the owner of Club 804, said: “He had no right to touch our property.”

Three years later, Fetterman chased after an innocent black jogger after he said he heard gunshots while playing outside with his kids. He jumped into his pickup truck with a shotgun and held the unarmed man until police arrived.

After each incident, he simply shrugged off any legal liability; to date Fetterman has never publicly apologized. 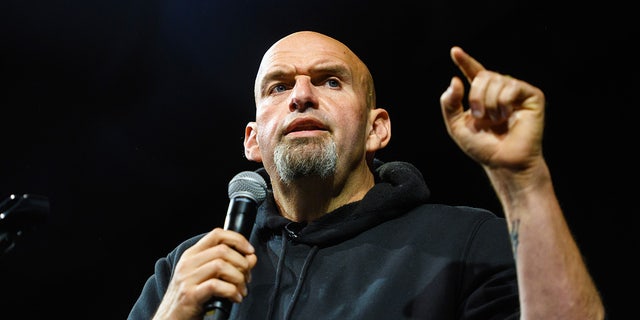 The Pittsburgh Post-Gazette’s editorial board questioned if Pennsylvania Democratic Senate candidate John Fetterman is fit for the job if he’s not capable of debating his opponent after suffering a stroke earlier this year.
(Justin Merriman/Bloomberg via Getty Images, File)

Meanwhile, records show he skipped at least 53 borough council meetings after his first three years in office, peaking at 11 no-shows in 2011 and nine in 2015, according to borough records obtained by the Washington Free Beacon.

Fetterman has also faced sharp criticism for being an advocate for Pennsylvania’s public schools while failing to pay tens of thousands of dollars in taxes on time to the Woodland Hills School District. The school district placed more than 30 tax liens against Fetterman for unpaid property taxes from 2006 to 2019 and sued him twice. He took six years to pay them off.

No one in Braddock begrudges Fetterman for coming from wealth, or that his parents paid his salary until he was 49 years old. After all, being mayor pays just $150 a month. What they mind is him pretending to be something he is not: a doer.

While it’s true that Braddock’s best days peaked between the 1920s and 1950s, and the town declined as mill workers started to make more money and moved up and out for a better life, no one figured out a way to keep the community thriving — including Fetterman.

Bob Portogallo, the owner of Pepper’s N’at on Braddock Avenue, said he opened his restaurant and bar — one of the few places on the street that’s busy with clientele — in 2016 with no notice or help from the mayor.

Portogallo, laughing, said he isn’t surprised. “Well, I am a conservative,” he said with a shrug. “I didn’t expect to get welcomed with open arms.”

When asked to discuss Fetterman’s accomplishments in the borough, his campaign offered no comment.

Just down the block from Pepper’s N’at, Ted Abel is elbow-deep in grease working on a car at his body shop, Ted’s Auto.

Abel, who lives in the nearby Pittsburgh neighborhood of Swisshelm Park, owns one of the few bustling small businesses still in operation here. His wife is behind one of the others, Mele Brothers & Sister Florists, which lost a lot of its business when the hospital was torn down.

Abel said he doesn’t have a political bone in his body, but he finds it curious that he has never once seen Fetterman walk around town.

“All of the handful of businesses that have stuck it out and stayed here, [Fetterman] pays no attention to,” he added.

“I’m sorry, but if I was the mayor, I think I’d visit every business that was in the town that I was in. There are not that many businesses left. It’s not that hard, you can visit them all in one day.”

Previous Critical pipeline brining oil from Russia to Germany springs leak
Next Refereeing abuse: Your experiences & what you want to see happening