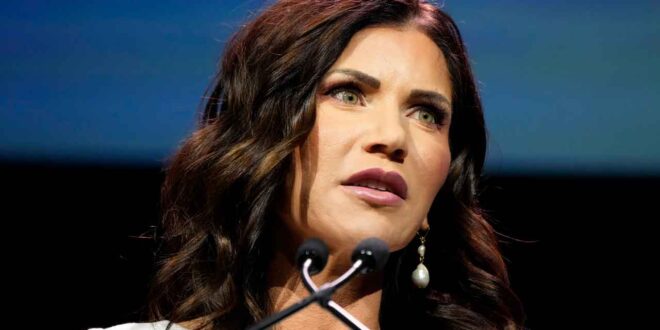 With just four weeks until the midterm elections, the re-election campaign for Gov. Kristi Noem, R-S.D., launched its latest ad highlighting 12-time All-American female swimmer Riley Gaines, who said girls’ athletic aspirations are “being stolen by men competing in women’s sports” after tying with a biological male at the NCAA national championships.

The ad, titled “Girls Dream,” focuses on Gaines and her experience of being forced to compete against, and eventually tying with, a biological male, Lia Thomas, in the 200-yard NCAA championships in March.

Gaines praised Noem in the ad, exclaiming that she trusts the GOP governor “to fight for girls across South Dakota.”

“I’ve worked hard to accomplish my dream, becoming a 12-time All-American swimmer. But for girls across America, that dream is being stolen by men competing in women’s sports. And the extreme left supports it, like Jamie Smith,” Gaines stated in the ad.

I’M AN NCAA CHAMPION FEMALE SWIMMER AND WE HAVE TO PROTECT GIRLS, WOMEN FROM BIDEN’S DESTRUCTION OF TITLE IX

“Smith even voted in favor of it, jeopardizing girls’ sports. Kristi Noem stood up for us, passing the toughest law in the country to defend female sports. I trust Gov. Noem to fight for girls across South Dakota,” the athlete concluded.

The press release also noted Gaines’ “extreme discomfort” with previously having to share a locker room with a biological male.

Noem in February signed into law Senate Bill 46, which banned biological males from participating and competing in women’s sports. “Only female athletes, based on their biological sex, may participate in any team, sport or athletic event designated as being for females, women or girls,” the text read.

She faced criticism from her own party after she initially sent the first version of the bill back to the legislature in 2021, requesting additional changes to the measure.