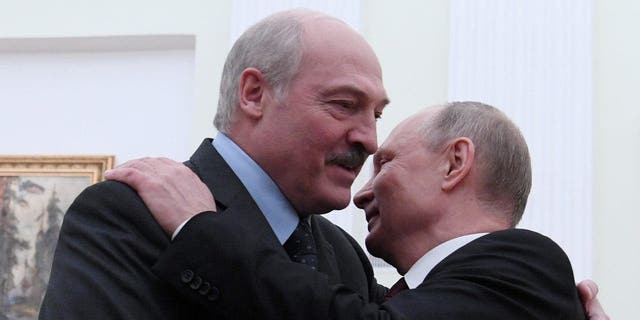 Russia has armed neighboring Belarus with dozens of Iranian-made drones as the war in Ukraine escalates and Minsk threatens to deploy ground forces under a joint force with Moscow.

“Iranian kamikaze drones Shahed-136 (renamed Geran-2 in the Russian army) arrive in Belarus,” the Main Directorate of Intelligence of Ukraine’s defense ministry said Tuesday. “As of Oct. 10, 32 of the specified UAVs were imported into the country, and 8 more are planned to be imported by October 14.”

The shipment of drones reportedly came the same day Russia hit Ukraine with a barrage of missile fire and drone strikes, targeting the nation’s electric infrastructure and downtown Kyiv.

Roughly 84 missiles were levied at civilian targets across Ukraine, and according to Ukrainian President Volodymyr Zelenskyy at least 43 of the missiles were shot down.

It is unclear how many of the drones used Monday were supplied by Iran, but according to Zelenskyy, he was receiving regular updates that Ukrainian forces were successfully blocking the Shahed drones.

“They say they want to push Ukraine back into the 18th century. But they pushed themselves back into a much older era, in the era of savages,” he said speaking from the streets of Kyiv to show not only the destruction but the targets that Russian missile fire had missed. “Ukraine cannot be intimidated.”

Belarusian President Alexander Lukashenko on Monday said he had ordered troops to deploy with Russian forces near Ukraine in what he said were clear threats levied at Minsk from Kyiv. 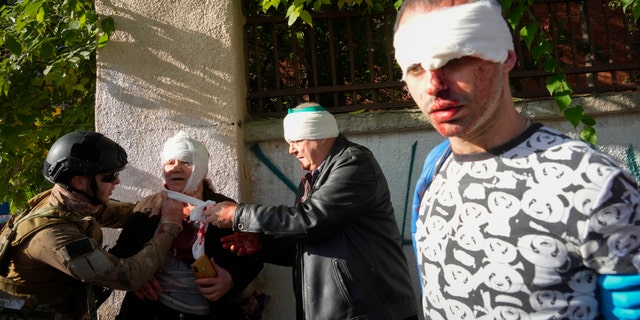 Belarus deployed troops to its borders earlier this year and has engaged in joint military drills with Russia since the war in Ukraine began.

Concerns have mounted that Lukashenko could deploy a joint-force with Russia to target Kyiv following Putin’s furry over the attack on the Crimean bridge Saturday. 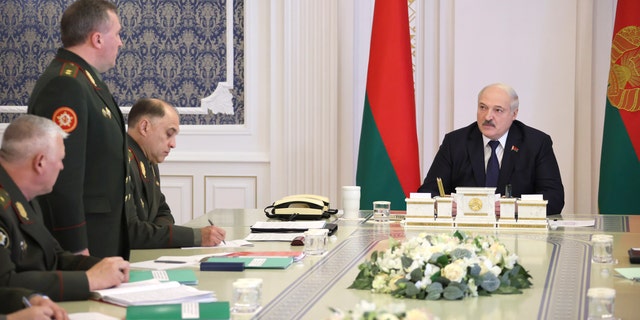 “All the activities carried out at the moment are aimed at an adequate response to actions near our borders,” he said according to Russian state media.