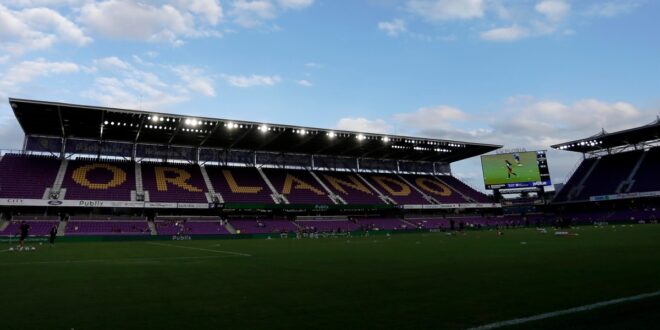 The National Women’s Soccer League announced Monday that it has terminated the contract of Pride head Amanda Cromwell and first assistant coach Sam Greene following an investigation into accusations that the two engaged in retaliatory behavior.

The investigation—conducted by the NWSL and NWSLPA Joint Investigative Team—found that Cromwell and Greene “engaged in retaliation and attempted retaliation against Pride players whom Cromwell and Greene believed had made or supported earlier misconduct allegations against them.” Goalkeeper coach Aline Reis was also found to have not cooperated fully with the investigation, which included “pressuring players to share favorable information with investigators.”

In addition to their termination, Cromwell and Greene are “ineligible to work in the NWSL in any capacity” until the commissioner deems otherwise, per the league release. The two must also participate in mandatory training regarding retaliation, discrimination, harassment and bullying before applying for reinstatement.

Reis has been placed on administrative leave, effective immediately.

The Pride voiced their support for the decision, with owner Mark Wilf issuing a statement following the announcement.

“Our club is dedicated to providing a safe, inclusive and respectful environment, and we apologize to our players who may have experienced otherwise,” Wilf said. “We are committed to learning from this process as we continue to build and grow the Pride into the premier organization our players and fans deserve.”

Cromwell and Greene were placed on temporary administrative leave on June 6, pending an investigation into a violation of the “NWSL Policy to Prevent and Eliminate Workplace Discrimination, Harassment, and Bullying.” At the time, Reis and assistant coach Michelle Akers were allowed to continue in their current roles.

Cromwell, who was hired by the Pride in December 2021 after stints as the coach at UCLA (‘13 to ’21) and Central Florida (1999 to 2012), addressed the league’s decision later on Monday afternoon, expressing her disappointment with the results of the investigation.

“I am saddened and disappointed by the results of the NWSL’s investigation released today,” Cromwell said in a statement. “I believe the investigation lacked transparency, professionalism and thoroughness and as a result my character and integrity have been mischaracterized.”

Cromwell continued, saying that the accusations of “retaliatory” behavior stemmed from her decision to waive a player “based on performance and conduct that was detrimental to the team culture.” She said the coaching staff, the general manager and the club’s board approved that decision.

Cromwell acknowledged in her statement that a “culture of abuse” has existed in the NWSL, but also said those issues extend beyond the players in the league. She explained that “all of the women” on her coaching staff raised “serious concerns about the work environment” in Orlando amid the investigation in June.

The league said Monday that the misconduct allegations made by Cromwell, Greene, Reis and Akers were “unsubstantiated” following a separate third-party investigation.

“Throughout this process, I have remained silent as I have fully cooperated with biased and incomplete investigation in an effort to clear my name and protect the reputation I have built both as a professional player and a coach for nearly 40 years,” Cromwell said. She added that she would be “reviewing all legal options,” following the league’s ruling.

Seb Hines took over for the Pride after Cromwell was placed on leave. Orlando finished the regular season in 10th place with a 5-7-10 record, missing out on the six-team playoff field.

The news regarding Cromwell and Greene comes one week after an independent investigation by former acting U.S. Attorney General Sally Q. Yates and law firm King & Spalding revealed emotional abuse and sexual misconduct across multiple teams, coaches and players within the NWSL. The joint investigation by the NWSL and NWSLPA into misconduct in the league remains ongoing.