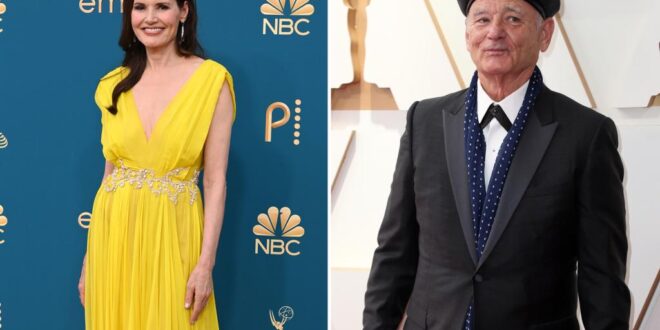 Geena Davis is opening up about her not-so-glamourous first experiences with Bill Murray while making the movie “Quick Change” in 1989.

The 66-year-old actress included the pair’s audition meeting in her upcoming memoir “Dying of Politeness,” claiming that the now-72-year-old Murray allegedly greeted her in a hotel suite with a massage device that he insisted on using on her, even though she refused.

“That was bad,” Davis told the Times. “The way he behaved at the first meeting… I should have walked out of that or profoundly defended myself, in which case I wouldn’t have got the part.

“I could have avoided that treatment if I’d known how to react or what to do during the audition,” she said. “But, you know, I was so nonconfrontational that I just didn’t.”

When the interviewer noted that she appeared to be blaming herself, Davis added: “Ha. Point taken. There’s no point in regretting things, and yet, here I was regretting. And yes, exactly, it wasn’t my fault.”

Davis also claimed that Murray later tracked her down in her trailer to scream at her for being late to production. He continued to do so as she rushed to set as hundreds of colleagues watched.

“Dying of Politeness” is available for purchase on Tuesday.