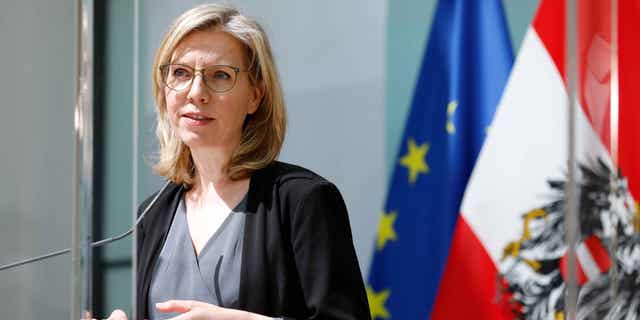 The Austrian government said Monday it has filed a legal complaint with the European Union’s top court over plans by the bloc’s executive branch to label natural gas and nuclear power generation as sustainable energies.

Austria’s environment minister, Leonore Gewessler, warned that the measure could “greenwash” nuclear power and gas despite the environmental damage they cause.

Another EU member, Luxembourg, announced later that it would stand by Austria in the legal case, adding more political weight to the move.

The EU’s executive Commission plans to add certain nuclear and gas plants next year to a list that helps investors determine which projects are sustainable.

Gewessler said the disasters in Chernobyl in Ukraine and Fukushima in Japan have showed that nuclear power plants come with “incalculable risks.” Meanwhile, the burning of natural gas, a fossil fuel, adds greenhouse gas emissions to the atmosphere, stoking climate change.

AUSTRIAN PARLIAMENT VOTES TO MAKE VACCINES MANDATORY FOR ALL ADULTS

A dozen environmental groups have already launched legal challenges to the Commission’s plans, backed by the bloc’s lawmakers in July.