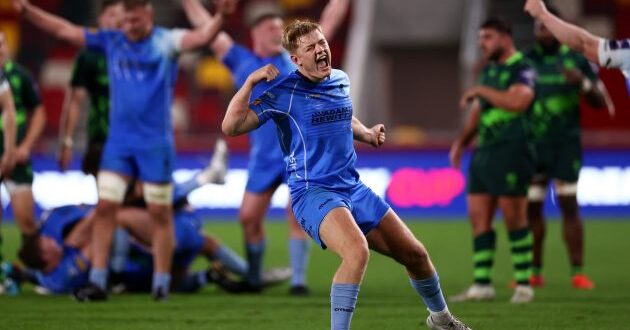 Since their contracts have been cancelled, here’s where some Worcester stars have headed to next

Where Worcester Warriors players have moved

Following the news that Worcester Warriors would be relegated from the Premiership and that the players were free to move after having their contracts terminated some of the clubs stars have been snapped up by other outfits.

So here are where some of the Warriors’ key men have eded up so far.

Fly-half Fin Smith has signed for Northampton Saints on a “multi-year deal”.

Smith, 20, had been linked with a move to Saints at the end of the season, but arrives at the club the same week they announced that Dan Biggar would be deaprting at the season’s close.

Saints boss Phil Dowson said: “Fin is definitely a player who has been on our radar for a long time.

“He is someone that always takes the ball to the line, makes good decisions from an attacking point of view, has a bit of flair about him with an offloading game, and is incredibly brave and tough in defence.

“If you put that sort of skillset together with that attitude, you’ve got a really high-potential player who is really keen to compete – but at the age of just 20 he’s got a lot of learning and growing to do as well.”

“I’m extremely grateful to Bristol Bears for picking me up. I’m excited to be back in bear country and the challenges that comes with it. I feel extremely lucky to continue to fulfil my dreams and aspirations of a professional rugby player. As well as providing for my family.”

The province snapped up the Scotland and Lions lock on a one-year-deal.

Head coach Dan McFarland said of the signing: “We have an exciting stable of young Irish-qualified props at Ulster, so to be able to support their development alongside some world class operators is great news for everyone associated with Ulster and Irish rugby.

“As a club that is intent on consistently competing for championships, we’re always looking to add to and improve our squad – this includes recruiting players to be a part of the Ulster Rugby family, but most importantly to support and drive the development of young players within our pathway.

“We look forward to welcoming Rory into the squad next week and making further announcements on our recruitment for next season very soon.”

News broke shortly after that Springboks prop Steven Kitshoff would be joining Ulster next season.

Scotland and Lions wing Duhan van der Merwe headed back to the Scottish capital on a “long-term deal”.

Edinburgh boss Mike Blair said: “I’d first like to send my thoughts to all those impacted at Worcester and to all players, staff and supporters affected by today’s sad news.

“Duhan is a phenomenal athlete and rugby player who’s showcased his abilities at the highest level. He developed significantly in his three years here and we’re looking forward to continuing that together. He’s very much one of our own and we’re really pleased he’s coming home.

“It’s an exciting development for the entertaining, attacking brand of rugby we’re building at the club and something I’m sure supporters will be thrilled about too.”

In what was initial a loan, or “short-term injury dispensation cover”, Bath snapped up the quartet of Ted Hill, Ollie Lawrence, Fergus Lee-Warner and Valeriy Morozov.

Since then, Ollie Lawrence has signed a long-term deal at Bath while Fergus Lee-Warner will stay on until the end of the season. They also said “The club can confirm talks with Valeriy Morozov and Ted Hill are ongoing with regards to their long-term future at the club.”

Italian back-rower Renato Giammarioli signed on with Bordeaux-Begles after the fallout in Worcester.

He will be with them until the end of the season.