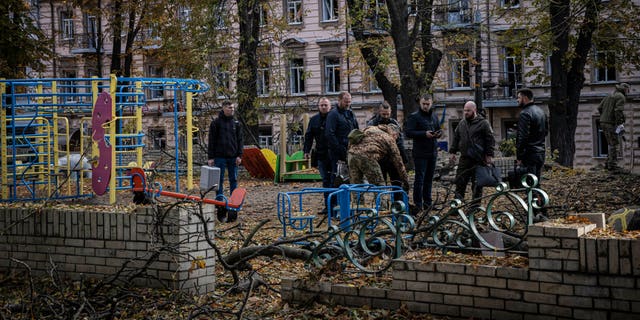 Russian forces are being widely accused of targeting civilians after dozens of missiles rained down indiscriminately on Ukraine’s major cities Monday, leaving many without power.

Ukrainian President Volodymyr Zelenskyy filmed a video in Kyiv minutes after the missiles stopped, declaring that “we are dealing with terrorists.” Widespread power and water outages were reported in Kyiv and elsewhere following the attack, though Kyiv Mayor Vitali Klitschko stated the city was intentionally shutting down some supply for repairs.

Footage of Russia’s attack shows civilians fleeing as missiles land all around them, with some hitting infrastructure and others striking playgrounds and parks.

Missiles also struck the cities of Lviv, Kharkiv, Dnipro and at least 11 other cities, with air raid sirens blaring across Ukraine for four straight hours.

Emergency service personnel attend to the site of a blast next to a childrens playground in a park on October 10, 2022 in Kyiv, Ukraine. This morning’s explosions, which came shortly after 8:00 local time, were the largest such attacks in the capital in months. (Photo by Ed Ram/Getty Images)
(getty images) 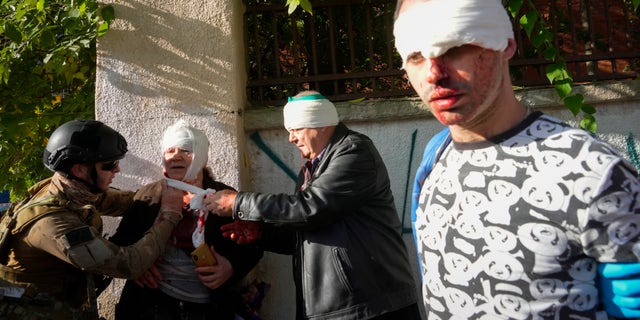 “They have two targets: energy infrastructure and people,” Zelenskyy said. “They want to [sow] panic and chaos, to destroy our energy system. Ukraine had been before this enemy appeared, Ukraine will be after it.”

“Our enemy believes that missile strikes are effective means of intimidation. They are not. They are war crimes,” Reznikov wrote on Twitter. “Civilians are dying and getting injured. Ukraine, with the support of the civilized world, must bring the missile terrorists to justice. And [we] will do it.” 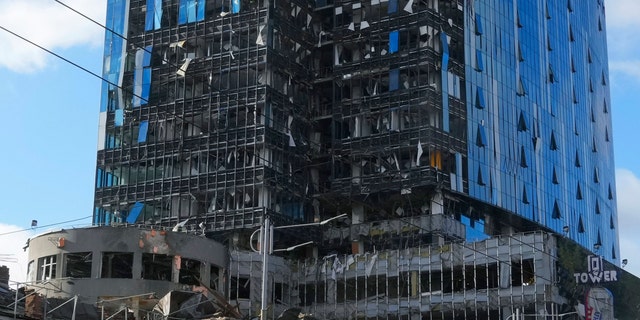 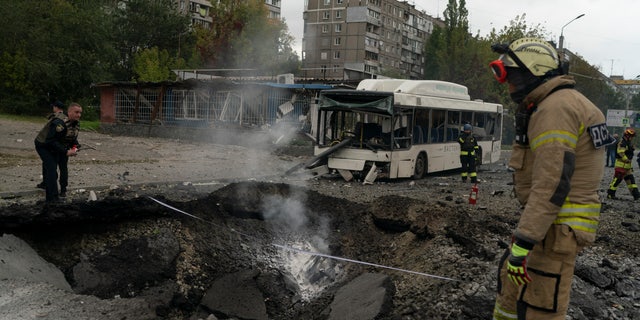 Firefighters and police officers work on a site where an explosion created a crater on the street after a Russian attack in Dnipro, Ukraine, Monday, Oct. 10, 2022. (AP Photo/Leo Correa)

Ukraine’s aggression came to a head with the bombing of the Kerch Bridge connecting Russia to Crimea this weekend.

The bridge is a major thoroughfare allowing Russian forces to transport weapons and supplies into Ukraine. Putin decried the bombing as “terrorism” soon after the attack, and it potentially contributed to Russia’s escalated missile strikes Monday.

“This morning, a massive high-precision strike was conducted on Ukrainian energy infrastructure, military command, and communications,” Putin said in a Monday address. “In case Ukrainian terrorist attacks continue on Russian territory, our response will be tough and proportional.”