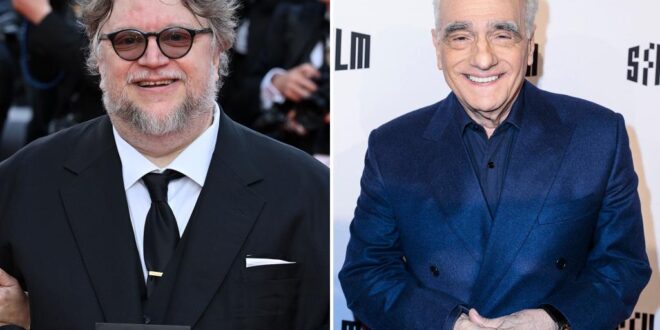 He couldn’t keep his mouth shut this time.

In a rare move, Oscar winning director Guillermo del Toro fiercely defended fellow filmmaker and best director winner Martin Scorsese who was ripped in The Critic for “lazily” making mob movies and other projects that are “routinely an hour too long.”

Putting it rather bluntly, del Toro Tweeted “If God offered to shorten my life to lengthen Scorsese’s- I’d take the deal.”

“This man understands Cinema. Defends Cinema. Embodies Cinema. He has always fought for the art of it and against the industry of it. He has never been tamed and has a firm place in history,” the “Shape of Water” director continued in part of a lengthy thread.

He also took aim at Critic author Sean Egan who wrote the hit piece, calling it “sloppy” at best.

“I very, very seldom post anything contradictory here- but- the amount of misconceptions, sloppy innacuracies and hostile adjectives not backed by an actual rationale is offensive, cruel and ill-intentioned,” del Toro posted. “This article baited them traffic, but at what cost?”

Egan specifically blasted Scorsese’s 1980 boxing epic “Raging Bull,” calling the Robert de Niro flick “across-the-board bad filmmaking.” The critic continued, saying that the director has been “simply moving the furniture around” with redundant films since his blockbuster hit “Goodfellas” in 1990.

In response, del Toro said those with beliefs like Egan towards the “benign” director are in need of “film language discussions, history lessons and research.” He also expressed worry about the direction articles like this are moving global culture towards.

“When I read pieces like this one. Aimed at one of the most benign forces and one of the wisest, I do feel the tremors of an impending culture collapse,” del Toro Tweeted. “I do wonder: “To what end?” …and find myself at a loss.”