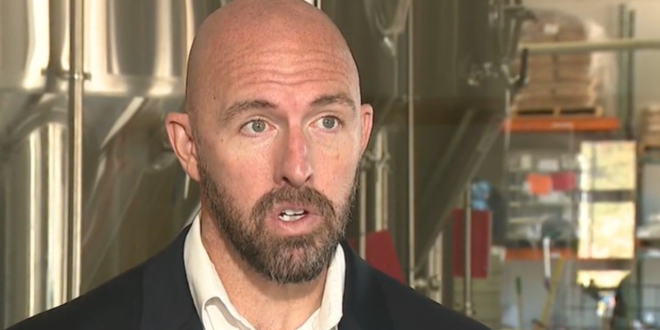 Georgia Libertarian Shane Hazel, running to be the state’s next governor, said he wants to be an alternative to the Republican and Democratic options on the ballot in November’s election.

Hazel, a podcast host and frequent guest on FOX Business, is challenging incumbent Republican Gov. Brian Kemp and Democrat Stacey Abrams in Georgia’s gubernatorial election, which is only a month away.

“I think Georgia needs another choice,” Hazel told FOX 5 Atlanta. “We’ve got a Republican and a Democrat and what we’ve seen over the years is more and more government invasion into our lives.”

The small government Libertarian first ran for public office as a Republican in 2018, when he went up against incumbent U.S. Rep. Robb Woodall in the 7th Congressional District. Woodall ended up winning the GOP primary with about 72% of the vote.

Georgia Libertarian Shane Hazel, running to be the state’s next governor, said he wants to be an alternative to the Republican and Democrat options on the ballot in November’s election.
(FOX 5 Atlanta)

In 2020, Hazel ran as a Libertarian for the first time when he campaigned for U.S. Senate against then-incumbent Republican David Perdue and Democrat Jon Ossoff.

A candidate in Georgia must receive 50% plus one vote to win an election outright.

Perdue had received the most votes in the November 2020 election, but failed to reach 50% in part due to Hazel’s 115,039 votes, or 2.32%, in that race, forcing a January runoff in which Ossoff came out the victor.

Hazel could potentially force a runoff again in November as recent polling has Kemp narrowly reaching the 50% mark. A Fox News poll from September had Kemp with 50%, compared to Abrams’ 43%.

Kemp won the governor’s race in 2018 without a runoff after receiving 50.22% of the vote. Libertarian candidate Ted Metz garnered an underwhelming 0.95% of the electorate in that race.

Hazel, whose 2022 campaign focuses on personal liberty, supports the elimination of income and property taxes. He also wants to nullify federal and state education mandates and remove vaccine mandates.

A strong supporter of the Second Amendment, the Libertarian candidate said Georgia’s new permit-less carry law is a “step in the right direction.” 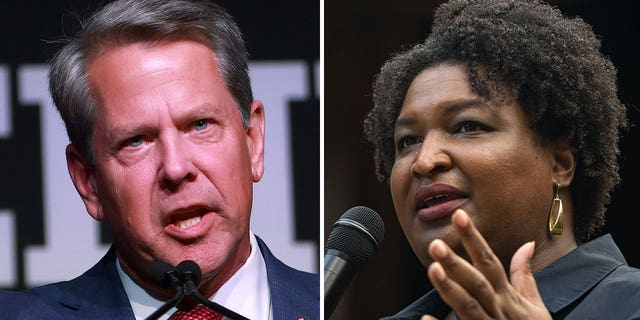 Hazel is challenging incumbent Republican Gov. Brian Kemp and Democrat Stacey Abrams in Georgia’s gubernatorial election, which is only a month away.
(Getty )

“The Second Amendment was just a codification of your right to protect your life, liberty and property,” Hazel said. “Take it a step further, as governor, as a Libertarian, say let’s get rid of the ATF. Let’s nullify the ATF. Let’s move them out of Georgia and allow people to provide for their own self-defense the way they think they should.”

Hazel advocates for the legalization of cannabis. He said, “It’s a plant. By nature, it’s your right.”

This, after President Joe Biden announced Thursday he would pardon everyone in federal prison for simple marijuana possession, of which there are none. He also called on governors to pardon those behind bars for possession at the state level. 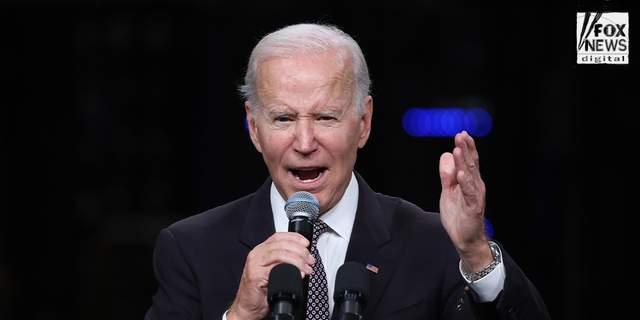 President Joe Biden announced Thursday he would pardon everyone in federal prison for simple marijuana possession, of which there are none. He also called on governors to pardon those behind bars for possession at the state level.
(The Image Direct for Fox News Digital)

There are multiple proposals in Congress to legalize cannabis, including one introduced by Republican South Carolina Rep. Nancy Mace.

Hazel, a father, explained he is pro-life but that he believes abortion restrictions should be decided by local governments.

“The best idea that we have as Libertarians I think is to decentralize this down to the city and the county level where those populations maybe of different cultures and different backgrounds decide differently for their areas and we respect those people’s cultures and their decisions on what they want to do,” Hazel said.

“Personally, I’m very pro-life, but I don’t know in terms of taking money through force and coercion to fund things that are against people’s conscience whether they’re pro-life or pro-choice that we can do such a thing in an effective manner and live in a peaceful society,” he continued.

Hazel will participate in a debate with Kemp and Abrams on October 17.

Previous Longtime Democrat ’embarrassed’ by Oregon politics shakes up race for governor, runs as independent
Next 2024 Watch: Hogan touts he’s a ‘commonsense conservative’ as he opens up about potential presidential run