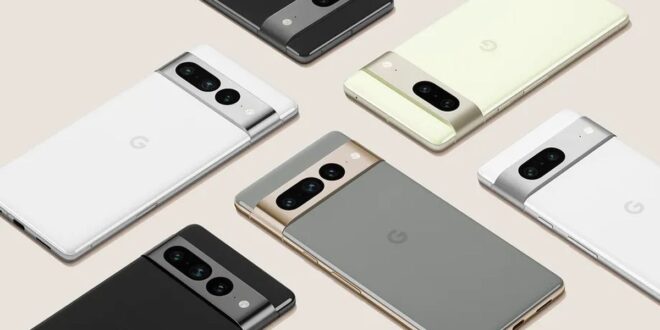 Google just wrapped its big fall event, where it showed off its Pixel 7, Pixel 7 Pro, and the Pixel Watch. (We’ll have hands-on looks up on the site shortly.) The company also offered more details on its upcoming Pixel Tablet coming in 2023. All said, there wasn’t much in the way of surprises this year since Google already spilled its own hardware beans at Google I/O, but it was great to see these devices up close and to get firm prices, release dates, and more.

In case you missed out on the event as it happened (you can always scrub through our live blog to see our first takes), we’ve built this post that will tell you every single major announcement that took place.

After months of teasing the phone’s hardware, both Pixel 7 phones are available to preorder now. They’ll be available soon on Thursday, October 13th. The Pixel 7 starts at $599 — just like the Pixel 6 — though its OLED display is just a hair smaller, going from 6.4 inches to 6.3 inches. You’re still getting the same 90Hz refresh rate. It features a couple of notable improvements, including the jump to the Tensor G2 processor, a refined (but less jubilant) set of colors, up to three days of battery life in Extreme Battery Saver mode, and a better 10.8-megapixel selfie cam. (The Pixel 6 has an 8-megapixel front-facing cam.) While the camera hardware is similar to the last-gen model, Google is touting some Pixel 7-exclusive features, like 4K / 60 frames per second video on each lens and Cinematic Blur, one of its newfangled camera features that adds depth of field to your videos.

The Pixel 7 Pro is Google’s true flagship phone, as was the Pixel 6 Pro in 2021. It’ll cost $899. It features a bigger QHD display that has an LTPO layer that allows it to adjust its refresh rate between 10Hz and 120Hz for efficiency. The screen seems like a big deal, but one of the other big highlights here (and likely the main reason for the price gap between the two models) is the cameras. The ultrawide camera has widened its field of view, and the 48-megapixel telephoto camera has a slightly boosted Super Res Zoom (from 20x to 30x) and another step of optical zoom, going from 4x in the Pixel 6 Pro to 5x in the newer phone. Like the Pixel 7, Google is touting 4K / 60fps in all of its new cameras (selfie cam included).

Pixel Watch is as real as it gets

There’s very little that hasn’t been leaked or rumored about Google’s Pixel Watch, but it’s finally all out in the open. The Pixel Watch starts at $349.99 for the Bluetooth and GPS-enabled version, while an LTE-enabled version costs $50 more.

The Pixel Watch comes in one size: a 41mm case. The default model supports Bluetooth 5.0, NFC for Google Wallet contactless payments, and Wi-Fi. In terms of GPS support, it works with GPS, GLONASS, BeiDou, and Galileo satellites. The incredibly fragile-looking glass dome covering the top of the Pixel Watch is made of Gorilla Glass 5, and it covers an OLED display that Google claims can reach a peak brightness of 1,000 nits. It also supports an always-on display.

This smartwatch features Samsung’s Exynos 9110 system on a chip, with the Cortex M33 co-processor. It runs Wear OS 3.5 and touts 32GB of eMMC flash storage and 2GB of SDRAM. So, it remains to be seen if the Pixel Watch feels faster than other Wear OS watches. I’ve got to admit: the specs don’t seem impressive, but the design is another story. I’m a sucker for how it looks, and I’m going to have a difficult time waiting to get one.

The Pixel Watch also has deep Fitbit integration, including the capability to track your heart rate once per second.

Google partnered with Molly Burke, a social media content creator and motivational speaker who is blind, to show off an accessibility feature called Guided Frame that allows the Pixel 7 to provide vocal feedback on the fly in selfie mode. It automatically puts the user in focus, guiding them to find the ideal angle. It’ll confirm vocally that it’s ready for the selfie and then perform an audible countdown.

The company confirmed that this feature requires a Tensor G2 processor, so Pixel 6 owners won’t get it unless Google finds a way to port the feature to older chipsets.

The company first teased the existence of a Pixel Tablet at Google I/O, and now, months later, it offered up many more details. It’ll come in two colors, including an off-white and an olive green. You can purchase a charging speaker dock that essentially morphs the experience into a next-gen Google Nest Hub. The tablet has pogo pins on its rear that attach magnetically to the dock.

The Pixel Tablet will stock the Tensor G2 processor, the same one that’s in the Pixel 7 and Pixel 7 Pro. The company is touting that this gadget will be useful for things like video calling, photo editing, or just yelling at it across the room to summon Google Assistant.

The company showed off some of the work it has done to refine its tablet user interface, including porting over its Material You design language in Android 12 and Android 13 to a larger screen. Its user interface will adapt to a more Nest Hub-like layout when it’s attached to the charging dock.

Google once again confirmed that it’s coming in 2023.