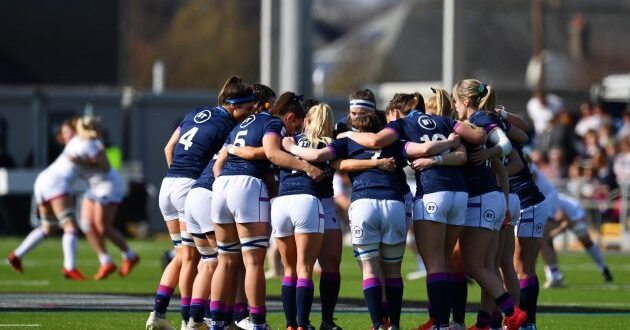 It’s 12 years since Scotland women played in a Rugby World Cup. Now they’re back in the mix

Scotland have named a settled side for their Rugby World Cup opener against Wales in Whangarei on Sunday.

Captain Rachel Malcolm is joined in the back row by Louise McMillan and Jade Konkel-Roberts while there is plenty of experience in the second row with Emma Wassell and Sarah Bonar teaming up.

Not since 2010 have Scotland women competed in a Rugby World Cup. Well they left it late, but there were scenes of jubilation as they became the 12th and final side to qualify for the 2022 event, after beating Colombia in Dubai in February.

And in naming their squad for this one, experience has come to the fore.

Stalwart lock Emma Wassell is the most capped player in the side, with 57, and she is joined by Jade Konkel-Roberts,  Lana Skeldon, Sarah Law and Chloe Rollie as the others in the group with over half a century of caps.

Scotland will need every ounce of that experience in a formidable Pool A with Australia, Wales, and hosts New Zealand. Scotland finished last in the recent Women’s Six Nations and their last warm-up match against Spain having to be cancelled will not have made the job selecting a squad any easier.

All three of Scotland’s pool matches will be played in Whangarei.

Coach Bryan Easson said of selection: “We are all incredibly excited for the month ahead. I think it’s been a long time coming. It was exactly this time last year that we were in Italy trying to qualify.

“A lot of discussions have been had, a lot of players have been played over the past year as well. The process around that was to make sure we had the right players going. Selection has been tough as the players trained exceptionally hard over the summer. Getting the players back from the Commonwealth Games has been exciting for us as well.

“Everyone should feel incredibly proud of being selected for the tournament. I know the squad and management are ready for the challenge ahead.”