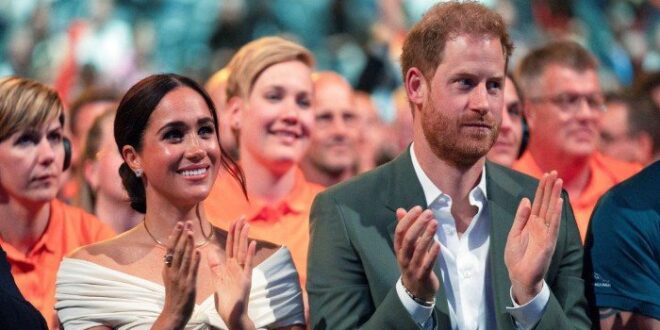 Prince Harry and Meghan Markle were seen dancing at a music concert on Wednesday night.

The couple were spotted looking loved up and dancing to Hawaiian singer Paula Fuga’s music at the concert on Wednesday night.

In the images, the performer is standing between Harry and Meghan.

According to UK’s Daily Express, ‘the show is believed to have taken place at Santa Barbara Bowl.”

Prince Harry and Meghan Markle recently visited the UK to attend the funeral of Queen Elizabeth who died last month at the age of 96.

They are settled in California with their two children.