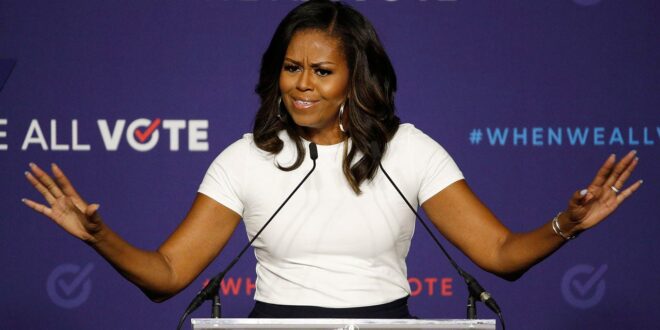 Former first lady Michelle Obama’s voting initiative is partnering with a dating app that made a video titled “No Voting No Vucking.”

The voting initiative, When We All Vote announced that it would be working with the BLK dating app on Oct. 4 and doing “voter registration activations” with the company. The BLK dating app is designed for Black singles looking to date, according to its website.

On Oct. 4, the organization released a video encouraging Black voters to go to the polls, titled “No Voting No Vucking,” which features Rashad Spain, known as Saucy Santana, and Katrina Taylor, who is known as Trina.

“No voting, no vucking, no voting, no touching,” Saucy Santana sings in the video. “You wanna hit this booty, gotta do your civic duty.

In the video, Trina sings the lyrics “but you want to flirt, I’ll show you how to be a poll worker.”

“Don’t stop now, stuff my ballot box again, brought my homegirl through, we’ll put the bi in partisan,” the singers also say in the video.

The video also links to a voter registration portal for When We All Vote.

Jonathan Kirkland, head of brand and marketing at the BLK Dating App, told AdWeek that the organization wants young voters to get involved in elections. 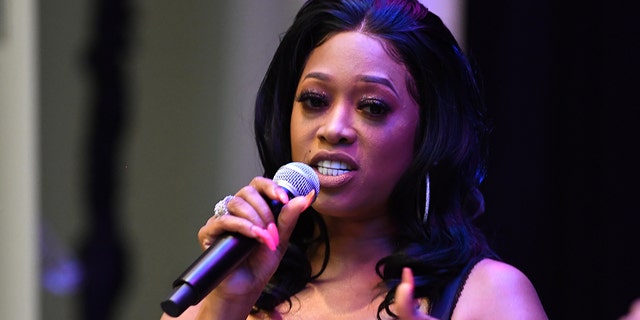 “We couldn’t be more excited to announce this collaboration with two of the most trailblazing figures in hip-hop and culture,” Kirkland said. “Our users are inspired by Trina’s confidence and her powerful female-first lyrics, while Saucy Santana’s fervent and self-assured lyrics have broken barriers of inclusivity in the hip-hop community. With these two cultural icons, we hope to empower a new generation of young voters to get involved in this and future elections.”

In a statement, When We All Vote said that it didn’t support the making of the video.

“When We All Vote did not participate in the creation, provide funding or support the making of this video,” the spokesperson said. 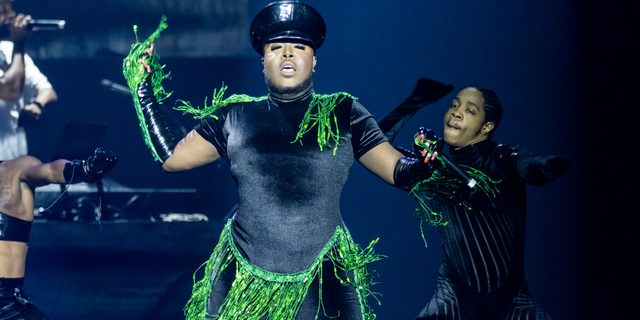 When We All Vote also promoted the BLK dating app on Sept. 22 in a tweet, linking an article announcing the partnership between the two organizations.

“Have you heard? @meetBLK is launching a digital hub designed to shift the culture of voting and politics in the Black community, amplify voices of Black voters, and drive Black voter registration,” the tweet states.

Stephanie L. Young, executive director of When We All Vote said in the linked article that the partnership is aimed at ensuring that voices within the Black community are heard during the midterm elections.

“Democracy can often feel out of reach and out of touch, but we know it doesn’t have to be that way. With BLK’s new Election Center, we are bringing the fight for our democracy and real change in our communities to Black voters in a way that is empowering and engaging,” Young said. “Together, we will change the culture around voting and ensure our communities’ voices are heard in the midterm elections and beyond.”