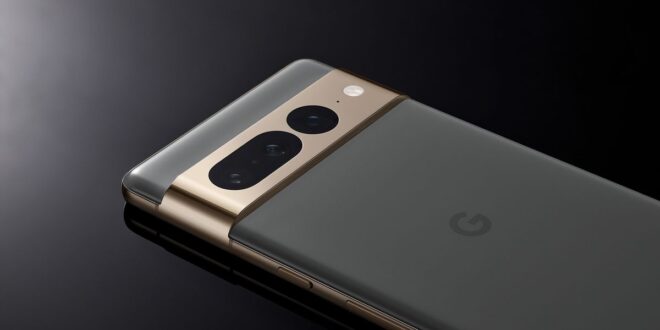 Google has formally unveiled the Pixel 7 and Pixel 7 Pro at its fall hardware event, with a second-gen Tensor chipset and prices unchanged from last year’s models. The $599 Pixel 7 and $899 Pixel 7 Pro lean on Tensor G2 to improve on existing features and introduce a few new ones to the mix. There are a few hardware tweaks and updates here and there, but mostly, this is a story about software.

The Pixel 7 gets a slightly smaller 6.3-inch 1080p screen compared to the Pixel 6’s 6.4-inch display. Google also says that the bezels are slimmer than the Pixel 6’s, though the 90Hz top refresh rate remains the same. The 7 Pro has a 6.7-inch 1440p LTPO display with up to a 120Hz refresh rate — all in line with the 6 Pro. According to Google, both displays get up to 25 percent brighter than their predecessors in peak brightness mode.

Battery life claims remain largely the same year over year; the Pixel 7 spec sheet indicates that its capacity is a bit smaller, but both promise “24-hour plus” battery life. Google has pushed its Extreme Battery Saver mode claim from 48 hours to 72 hours. In any case, charging speeds are the same with 30W wired charging and wireless charging available, too.

The 7 and 7 Pro continue to use the 50-megapixel main camera introduced in the Pixel 6 series, this time offering a 2x mode that crops in by using the 12 megapixels at the center of the sensor, like the iPhone 14 Pro does. The Pixel 7 Pro’s telephoto camera gets a boost to 5x (up from 4x on the 6 Pro) and does a similar trick with its 48-megapixel sensor — by using the pixels at the center, it offers a 10x zoom.

Google’s new chipset is responsible for some software-based camera improvements, including a new Cinematic Blur video mode, which applies a depth-based portrait mode effect to video clips. Night Sight is twice as fast, too, which is great to see — Night Sight’s slow capture time was one of our complaints about the Pixel 6’s camera system.

Face Unblur is also joined by something called Photo Unblur, which uses machine learning to remove blur caused by subject movement or camera shake. It happens on-device, and it’s available in Google Photos, so it can work with photos taken by any camera — not just those of the Pixel 7 and 7 Pro, though you need a Pixel 7 or Pixel 7 Pro to use the feature.

Night Sight is twice as fast, too, which is great to see

Outside of the camera app, Tensor G2 is responsible for some other feature improvements. The Direct My Call feature introduced with the Pixel 6 will now display menu items faster, and the Recorder app will now automatically label when different people are speaking. There’s also automatic transcription for audio recordings and improvements to call quality meant to make it easier to hear a call in noisy environments.

The Pixel 7 and 7 Pro are up for preorder starting today. They will be available in 17 countries, with expanded availability in northern Europe (Norway, Sweden, Denmark) and India. Check out our hands-on for more details about the Pixel 7 and 7 Pro.