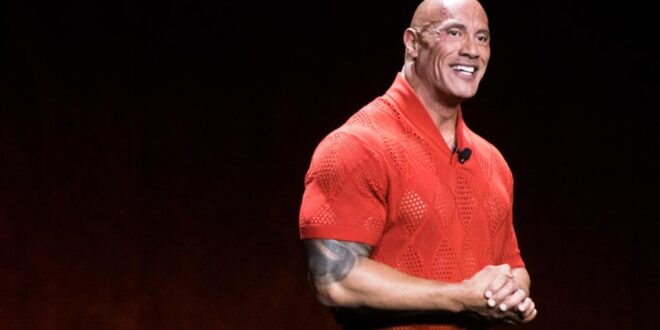 It looks like The Rock is staying clear of the Oval Office.

Dwayne Johnson revealed the fate of his much-talked-about presidential bid, revealing he’s ultimately decided against it.

The star wrestler-turned-Hollywood juggernaut said he’s shifting all of his focus to his role as a father.

“I will say this because it requires a B-side to this. I love our country and everyone in it,” Johnson added. “I also love being a daddy.”

“And that’s the most important thing to me is being a daddy, No. 1, especially during this time, this critical time in my daughters’ lives.”

The star is a proud dad to three. He shares his 21-year-old daughter Simone Garcia Johnson with his ex-wife, Dany Garcia. The Rock shares six-year-old Jasmine and four-year-old Tiana with his current wife, Lauren Hashian.

“I know what it was like to be on the road and be so busy that I was absent for a lot of years in my first daughter’s,” Johnson said. “Growing up in this critical age at this critical time in their life, and that’s what the presidency will do. So my number one priority is my daughters.

“Sure, CEO sounds great. But the number one thing I wanna be is daddy. That’s it.”

Last year, Johnson teased he would launch a presidential campaign if it was “what the people want.”

“I do have that goal, to unite our country,” Johnson said in an episode of NBC’s “Sunday Today with Willie Geist” in April 2021. “I also feel that if this is what the people want, then I will do that.”

Johnson had teased the idea of a political career since at least 2017. In February 2021 he floated a possible run in an interview with USA Today, saying that he would “consider a presidential run in the future if that’s what the people wanted.”

A survey of more than 30,000 Americans released last year found nearly half of respondents wanted to see Johnson run for president.

Johnson responded to the Piplsay poll with a tweet, writing, “Not sure our Founding Fathers ever envisioned a six-four, bald, tattooed, half-Black, half-Samoan, tequila drinking, pick up truck driving, fanny pack-wearing guy joining their club — but if it ever happens it’d be my honor to serve the people.”

“I am passionate about making sure that our country is united,” he went on. “A united country, as we know, is its strongest, and I want to see that for our country.”