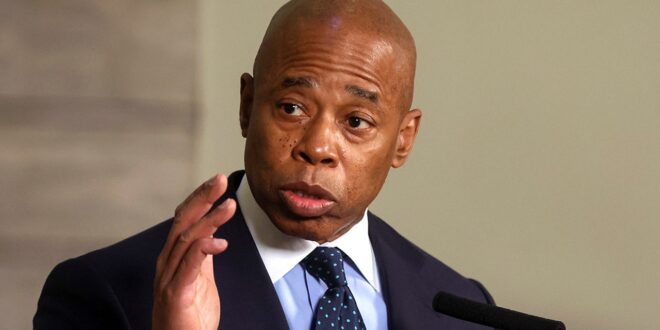 More than 17,000 migrants have been bussed to the city since the spring, a small fraction of the migrant encounters at the border over that timeframe.

Adams said that 1 in five of people in the city’s shelter system is a migrant, which is creating a “crisis,” he said.

New York City Mayor Eric Adams speaks at the National Press Club during a press conference on gun violence and other issues on Sept. 13, 2022.
(Nathan Posner/Anadolu Agency via Getty Images)

“This is a humanitarian crisis that started with violence and instability in South America and is being accelerated by American political dynamics,” Adam said Friday. “Thousands of asylum seekers have been bused into New York City and simply dropped off, without notice, coordination, or care — and more are arriving every day.” 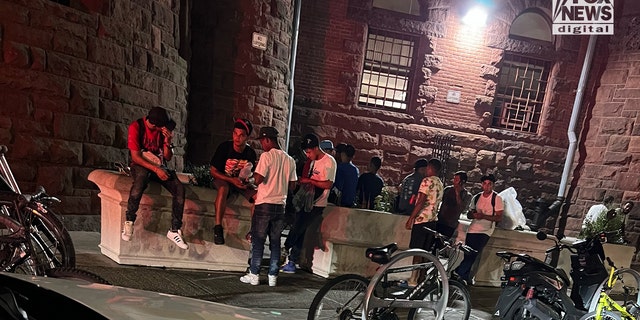 “This crisis is not of our own making but one that will affect everyone in this city, now and in the months ahead,” he said. “New Yorkers deserve to know why this is happening and what we plan to do.”

Norwegian Cruise Line confirmed on Saturday that New York City has approached the company inquiring about using a cruise ship to house an influx of illegal immigrants to the city but said no deal has yet been reached.

“The chartering of cruise ships to companies, government entities and other organizations for various uses is a standard business practice across our industry,” a spokesperson for Norwegian Cruise Line said in a statement to Fox News Digital. “While we can confirm that New York City has approached us about a potential charter of a cruise vessel, no agreement has been reached and we cannot speculate about the outcome of any ongoing business discussions.”

The New York Post reported this week that Adams was finalizing a deal with the cruise line to house the influx of migrants for six months so they can be processed before being housed by the city’s shelter system.