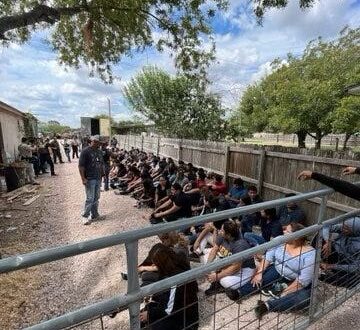 Mexican criminal cartels are increasingly using social media to recruit people in the U.S. to help with their smuggling operations at the southern border, just as the U.S. is facing a historic migrant surge – with the apprehension of a tractor-trailer packed with dozens of migrants marking the latest instance of such recruitment methods.

Transnational criminal organizations coordinate operations at both sides of the border, with operatives picking up drugs, contraband and migrants as they come across the border illegally. Traffic has increased exponentially in recent years, with Border Patrol agents making over 2.1 million encounters this fiscal year so far — not including the approximately 600,000 migrant “gotaways” who are believed to have got past overwhelmed agents.

With the increase in traffic, cartels are increasingly using social media platforms to solicit smugglers in the U.S.

A video posted on Wednesday and verified by the Texas Department of Public Safety shows a message in front of an image of a tractor-trailer.

“Need someone who can drive an 18 wheeler right now mcallen to houston already ready $70k.”

Hidalgo County sheriff’s deputies later located 84 migrants on Thursday afternoon as they unloaded from a tractor trailer just 12 miles from the U.S.-Mexico border in south Texas.

“That is why we are experiencing an increase in human smuggling events along the border,” Olivarez told Fox News Digital. “Many individuals from larger metropolitan areas such as Austin, Houston, Dallas, San Antonio, and even out of state are being recruited as drivers through social media platforms to smuggle illegal immigrants.”

It’s a long-standing area of concern, which includes the recruitment of teenagers by the cartels. Authorities have said that TikTok, Facebook, Twitter and WhatsApp have all been used to recruit juveniles.

The use of the platforms has raised attention ever since the start of the migrant crisis early last year. Fox News and other outlets reported how “Cartel TikTok” racked up millions of views online.

Republicans on the House Homeland Security Committee wrote to TikTok about both the use of the platform to recruit smugglers and also to threaten and stalk Border Patrol agents.

“It appears that via your platform cartel members are openly glorifying and normalizing illegal behavior and violence to recruit new members, most recently American teenagers,” the letter said.

A TikTok spokesperson told Fox News Digital at that time: “TikTok strictly prohibits the promotion or facilitation of criminal activities, and we work with third-party intelligence firms to bolster identification of potential trafficking or smuggling and make reports to law enforcement as appropriate.”

Meanwhile, Fox has also reported how smugglers have used WhatsApp, Facebook and Instagram to advertise caravans that are forming in countries in Central America

The coordination was on display last year during the Haitian migrant crisis, when migrants reportedly used platforms including Facebook, YouTube and WhatsApp to share information. Facebook Inc., which owns WhatsApp, allows people to exchange information about crossing borders, even illegally, but bars posts that ask for money for services that facilitate human smuggling. 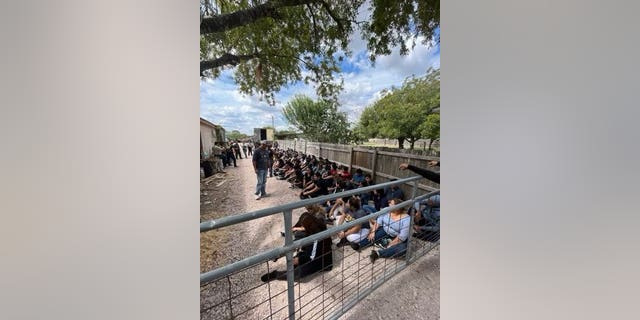 Lawmakers and officials have been sounding the alarm about the practice of recruitment in the U.S. Arizona Attorney General Mark Brnovich and Cochise County Sheriff Mark Dannels warned in May about how social media was being used to recruit teenagers.

“This crisis started to place local law enforcement officials and residents of Cochise County on high alert in October 2021 when law enforcement officials attempted a traffic stop on a 16-year-old from Mesa, who was smuggling migrants in Cochise County in southern Arizona,” they wrote in an op-ed for Fox News Digital. “The teenager suddenly hit the gas, driving over 100 miles per hour through small towns and quiet intersections on a mad dash to avoid apprehension.  He eventually ran a red light, smashing into another vehicle and killing Wanda Sitoski, a local grandmother on her way to meet her son for her 65th birthday dinner. “

“Far from being immune to criminal charges, teens are risking their lives and their futures to participate in this lawlessness, in addition to endangering the lives of others,” they said. “And even if your teenager is not being recruited by the cartels, you can rest assured that those who are being enlisted are transporting deadly drugs into your neighborhoods to wreak havoc on your families.”

Sen. Kyrsten Sinema, D-Ariz., introduced a bill last week that would crack down on cartels’ use of various platforms to recruit people for human trafficking operations.

“Cartels recruit teenage Arizonans to support smuggling and trafficking near our border – luring them into dangerous and illegal activities for easy cash that puts their lives and others at serious risk,” Sinema said in a statement.