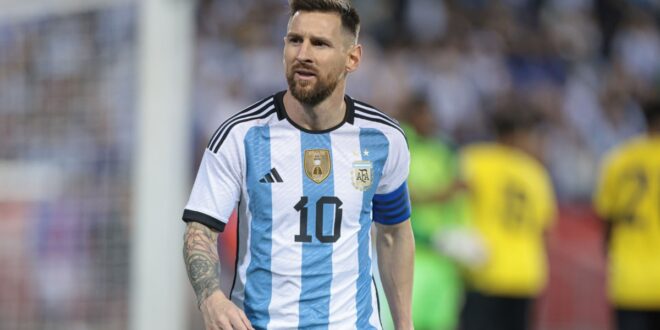 Lionel Messi Confirms Qatar World Cup Will Be His Last

Just over a month before the event’s start, Argentina star Lionel Messi revealed that 2022 World Cup in Qatar would be his last.

Messi, 35, will be playing in his fifth World Cup and in search of his first title. It’s the first time he’s publicly stated his future plans after the tournament, which is set to begin on Nov. 20.

“I don’t know whether we are big favorites, but I believe Argentina is a candidate because of its history, which means even more now because of the way we got here,” Messi said, per the Associated Press. “But in a World Cup anything can happen, all the matches are very difficult. It isn’t always the favorites who win it.”

Messi did not clarify whether or not the World Cup would mark his final appearance with the Argentina national team.

Argentina has won the World Cup twice, in 1978 and ’86. The team will open the tournament on Nov.22 against Saudi Arabia in Group C before facing Mexico and Poland.

Messi helped lead Argentina to the quarterfinals in 2006 and ’10, then to the final in ’14, when Argentina lost to Germany, 1–0, in extra time. Messi earned the Golden Ball as the best player in the tournament, scoring four goals in seven games.

Argentina was eliminated in the round of 16 in 2018, losing to eventual champion France, 4-3.

Previous England: The strikers looking to challenge Harry Kane at the World Cup in Qatar
Next Google Pixel 7 and 7 Pro: price, release day, and how to buy