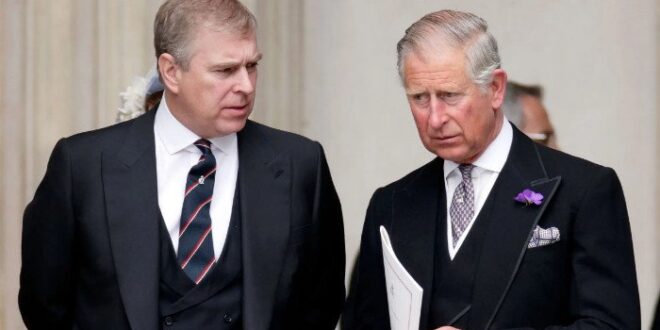 King Charles III is reportedly so against his disgraced younger brother Prince Andrew that he will ‘never allow him to set foot’ near the Royal Family’s public business again, a royal expert has claimed.

Writing for Yahoo News as a royal editor, Omid Scobie quoted Palace sources as claiming that Prince Andrew had full plans for a royal return in place before his older brother Charles became King after Queen Elizabeth’s death.

Now that King Charles is in power, Prince Andrew’s chances at staging a return are next to none, with Scobie writing: “Without the soft spot of the Queen at his disposal – it was no secret that Andrew was her favourite child, the door is now shut tighter than ever for the prince.”

He further said: “Though King Charles III has sympathy for his brother, I’m told, the newly-minted sovereign will “never” allow him to set foot near the family business again.”

Scobie also claimed: “… Andrew may soon be stripped of his final link to the Crown—his role as a Councillor of State.”

His comments were supported by a Palace source revealing that the King Charles and the rest of the royal family made sure that Prince Andrew was kept on the periphery during events after the Queen’s death.

“… There was a conscious effort [behind the scenes]—within the institution and the family—to ensure he didn’t take advantage of the situation,” an insider shared with Scobie.

Previous Max Thieriot is an inmate firefighter in ‘Fire Country’ on CBS
Next US slaps top Iranian officials with sanctions over censorship, violence against protesters