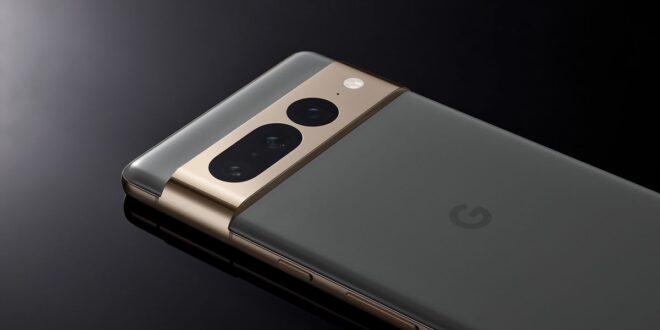 Google remembered the phone part of the smartphone

Watching Google officially announce the Pixel 7 and Pixel 7 Pro yesterday, I was struck by how much of its presentation focused on the most fundamental of smartphone features: the phone call. Smartphones may have become miniature handheld computers, capable of doing everything from office work to filming movies, but Google refuses to forget about the phone part of its smartphones. How refreshing.

“Pixel 7 is designed to be the best phone for actual phone calling,” said Google product manager Brian Rakowski from the stage, before outlining the specific improvements coming with this year’s Pixel. There’s Clear Calling for improving the audio quality of voice calls and an upgraded Direct My Call to make it quicker and easier to navigate call center phone trees. Other features returning from previous Pixel devices include Hold for Me and Call Screen.

The most fundamental feature to help with phone calls is Clear Calling, hints of which were discovered in Google’s beta software last month. It’s designed to use machine learning to cut down on background noise from persons on the other end of a Pixel 7 phone call, making them more easily audible, “even if they’re on a windy street or in a noisy restaurant,” Google product manager Jonathan Eccles writes in a blog post.

Google is far from the first company to implement noise suppression technology like this. The likes of Nvidia and AMD already offer similar functionality on PCs for conference calls and streaming. But unlike Apple, which hasn’t made a big deal out of its Voice Isolation feature and hides it in an obscure sub-menu, Google presented Clear Calling front and center during its presentation as one of the Pixel 7’s flagship features.

Meanwhile, Direct My Call, which first launched with the Pixel 6 last year, is also being upgraded. Direct My Call is designed to help you navigate the often complicated menus used by call centers to triage your phone call. It transcribes the various options, showing them as on-screen text so it’s easier to get an overview of all the available options before making your selection. Google says the feature has been used with 50 million business calls since launch.

Focused on the fundamentals

This year, an upgrade to Direct My Call is designed to show you these menu options before they’re actually spoken aloud in a recorded message. In an interview with TechCrunch, Google’s Minni Shahi explained that this is possible because Google’s Duplex technology “has already called the business and learned the menu options before the user places the call for the first time, allowing it to present the phone tree options.” Google’s blog post notes that it’ll be available for “many of the most popular toll-free numbers in the US,” though TechCrunch notes that businesses will need to be enrolled in Direct My Call for it to work, so it’s unclear how widely available it’ll be.

Google’s focus on phone call features for its Pixel devices is far from a new initiative. But giving them their own section during the Pixel 7’s launch highlighted how important they’ve become to Google’s marketing, where they sit prominently alongside performance and camera quality claims.

Even as far back as 2018’s Pixel 3, Google was advertising its Call Screen feature, which lets its phones screen spam calls and provide you with transcriptions of its software’s conversations with unwanted callers. During the company’s presentation yesterday, Rakowski said this screening feature handled 600 million calls last year.

Then, in 2020, the same year it launched the Pixel 5, Google released Hold for Me, a feature that has Google Assistant monitor a call when you’re put on hold and alert you when it’s time for you to speak with an actual human being. Initially launched for the Pixel 5, 4A, and 4A 5G, the feature was subsequently released for Pixel devices going back to the Pixel 3.

Finally, there’s Wait Times, another feature that launched alongside last year’s Pixel 6 that has since been made available on the Pixel 3A and up. Like Hold for Me, Wait Times is designed to cut down on the frustration of being placed on hold. But instead of handling your call for you, the feature estimates the amount of time you might be placed on hold based on call lengths from other people who have dialed the same number.

Annoyingly limited to the US

It’s great to see Google continuing to focus its development energy on the most fundamental of smartphone features, but it’s a shame that many of these technologies have remained stubbornly exclusive to the US. It’s an unfortunate limitation considering Google’s Rakowski took a moment to emphasize the global availability of the Pixel 7 and Pixel 7 Pro, which he says will be available to “even more users, in more places.”

In particular, Direct My Call and Wait Times are only available in the US. Call Screen is available across multiple countries, but only users in the US can have it work automatically, according to Google’s support page. Meanwhile Hold for Me is only available in Australia and Canada outside of the US. Thankfully, Google hasn’t mentioned any geographical limitations for its Clear Calling feature.

Modern smartphones may be packed with a dizzying array of features, but Google’s presentation yesterday didn’t forget about the fundamentals. After all, who cares about a phone that’s trying to replicate the quality of a standalone DSLR camera if it can’t get basic phone calls right?