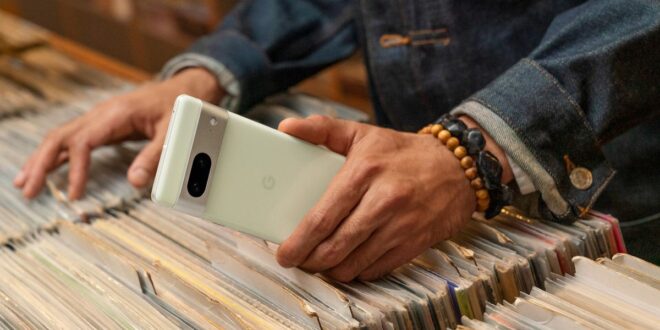 Google Pixel 7 and 7 Pro: price, release day, and how to buy

Google has pulled back the curtain on its new Pixel 7 and Pixel 7 Pro, which are now available for preorder at Google and other retailers, with units shipping out on October 13th. These new iterations of the Pixel Phone are equipped with further improvements to the already impressive camera array and a second-generation Google Tensor CPU.

What’s new with the Pixel 7 and Pixel 7 Pro

Both the Pixel 7 and Pixel 7 Pro look very similar to their last-gen counterparts. They sport the same raised camera bar along the back but, naturally, come equipped with a number of hardware improvements.

The Pixel 7 has roughly the same screen as last year’s Pixel 6, with a 6.3-inch OLED display and 1080 x 2400 resolution. The screen is also capable of a refresh rate up to 90Hz, just like its last-gen counterpart, but has a slightly higher peak brightness. While the Pixel 7 sports a similar camera array to the Pixel 6 but brings an improved 12MP ultrawide camera into the mix, joining the same excellent 50MP standard lens we were introduced to last year. The biggest improvement, however, is the inclusion of Google’s second-generation Tensor CPU and its 4nm architecture.

The Pixel 7 Pro shares the same second-gen Google Tensor processor and has a similar display to the 6 Pro from last year, with a 6.71-inch OLED screen that has a 1440 x 3120 resolution and a refresh rate of up to 120Hz. The camera array on the 7 Pro features a number of substantial upgrades, with all of its cameras now capable of capturing 4K video at 60fps. Its 12MP ultrawide lens now has autofocus and macro focus capabilities, and the 48MP telephoto lens from the 6 Pro has been upgraded with a 5x optical zoom combined with a 30x Super Resolution zoom.

Both phones have similar storage options available, starting at 128GB and reaching up to 256GB. However, just like the Pixel 6 lineup from the year before, all configurations of the standard Pixel 7 have 8GB of RAM while the 7 Pro has 12GB.

Where to buy the Pixel 7 and Pixel 7 Pro

Google made preorders available on its own store immediately following the announcement of the Pixel 7 and Pixel 7 Pro. Both phones are available now but could potentially run into shipping delays like the Pixel 6. The Google Pixel 7 upgrades the standard model of the Pixel with Google’s second-gen Tensor CPU and an upgraded ultrawide camera. If you’re not dead set on getting an unlocked Pixel 7, carriers like Verizon, AT&T, and T-Mobile will be offering substantial discounts and promotions for anyone looking to trade in an existing device or switch wireless providers.

New and existing AT&T customers can get a Pixel 7 for free or up to $800 off a Pixel 7 Pro with a qualifying trade-in. However, these offers require you to sign up for a 36-month installment plan through AT&T.

T-Mobile is offering a free Pixel 7 or Pixel 7 Pro with a qualifying trade-in if you sign up for a 24-month Magenta Max plan.

Just like the Pixel 6, Verizon is offering up to $700 off the Pixel 7 lineup with qualifying trade-ins when they’re activated with a qualifying unlimited plan. A similar deal is available to anyone who switches to a Verizon unlimited plan from their existing carrier, allowing you to get up to $700 off a Pixel 7 or 7 Pro in addition to a $200 e-gift card. If you’ve got a friend or family member who’s looking for a new phone, you can also get $700 off a second Pixel 7 or 7 Pro when the phone is activated with a qualifying unlimited plan, and you’ll even get a $400 e-gift card when you switch over two phones to Verizon.