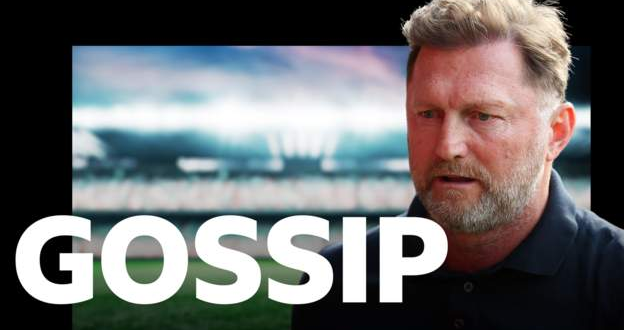 Southampton are set to sack manager Ralph Hasenhuttl after the club’s poor start to the season. (Telegraph – subscription required) external-link

Forest face competition from Leicester City to land Rafael Benitez as their new manager, if they decide to sack Cooper. (Football Insider)external-link

Liverpool and Guinea midfielder Naby Keita, 27, will not discuss a new deal with the Reds until January. His current contract expires next summer. (Bild)external-link

Barcelona have agreed to permanently sell Antoine Griezmann, 31, to Atletico Madrid for half his 40m euros asking price. The France forward is currently on loan at Atletico. (Marca – in Spanish)external-link

Everton will pay just £4.5m to turn 29-year-old England defender Conor Coady’s loan from Wolves into a permanent deal before the end of the season. (Telegraph – subscription required)external-link

Arsenal are monitoring Marcus Rashford’s situation at Manchester United before a possible bid for the 24-year-old England striker. (Football Insider)external-link

Lionel Messi has yet to receive any contract offers with his Paris St-Germain deal expiring at the end of the season, though former club Barcelona are keen to re-sign the 33-year-old Argentina striker. (Fabrizio Romano)external-link

Messi is open to a return to Barcelona but one of the obstacles to any deal is his relationship with the La Liga club’s president, Joan Laporta. (Mail)external-link

Former Olympiakos boss Pedro Martins, who was linked with the Wolves job, is close to being appointed manager of Hull. (Talksport)external-link

English striker E﻿ddie Nketiah, 23, says he is frustrated at his lack of game time at Arsenal since signing a new five-year deal in the summer but is determined to prove he deserves to play more for the Gunners. (Mail)external-link

American group LAMF Global Ventures Corp has expressed an interest in taking over Everton but a deal is not thought to be close. (Liverpool Echo) external-link 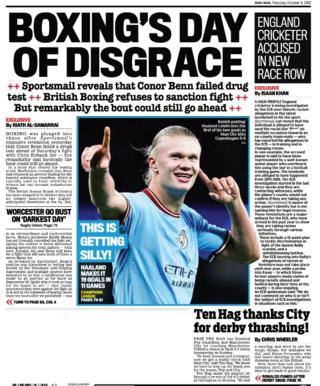 Thursday’s sport section of the Mail

Previous President Biden caught on hot mic in Florida: ‘No one f—- with a Biden’
Next NWSL’s Red Stars Remove Embattled Owner as Chairman of Board