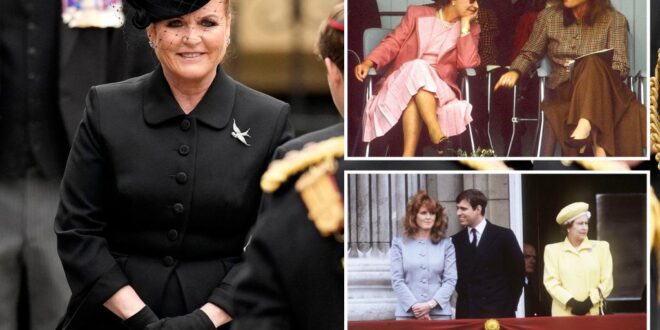 Queen Elizabeth II gave Sarah Ferguson her blessing to write her romance novels — and even served as “inspiration” for some of the characters.

The Duchess of York, 62, gave the late queen copies of her historical fiction book, “Her Heart for a Compass” (Mills & Boon).

“When we wrote the book, I gave it to the boss and I said, ‘You don’t need to read it,’” Ferguson — more commonly known as Fergie — revealed at the Henley Literary Festival.

“But I think she was so proud that we did it. And that’s just huge for me. She was just very, very special,” Fergie continued.

“I gave it to her in French as well. And then, when I went to Italy she said ‘Don’t give it to me in Italian because I don’t read Italian.’ But she did read French.”

Buckingham Palace sources said it would be difficult to know if the queen actually read the book in either language, according to the Telegraph.

When the duchess was asked if any particular women inspired her characters, she answered, “There’s no question about it, mine is my mother-in-law.”

“It’s been all my life that I’ve known the boss and there’s no one like her,” Fergie said. “I wouldn’t do anything unless the boss gave me her blessing though, and still to this day, I think about that.”

The duchess has already finished her second Mills & Boon novel, “A Most Intriguing Lady” — which will be “more of a sweeping romance” with “more bodice ripping” — with co-author Marguerite Kaye, set to be released March 7, 2023.

The duchess also addressed the loss of the queen, describing her mother-in-law as a “wonderful friend” and “the finest ever icon… legendary, incredible.”

“I’ve been the luckiest person alive. I have, there’s no question,” she shared.

She also revealed that they talk about Queen Elizabeth “every single day” following her passing.

“I think if we can uphold her values and uphold what she’s built for 70 years, I think we’re doing a good job. And I think kindness and humility, loyalty and all the good things… and always remember, manners,” she said.

Fergie noted that it was a “big honor” to take on the late queen’s beloved corgis, saying they were “national treasures.”

The Duchess of York bonded with the late queen when they went on dog walks with the corgis. She and her ex-husband Prince Andrew, Duke of York, have given the corgis a new home after Her Majesty’s death.

Previous Google Pixel 7 and Pixel 7 Pro hands-on: features, photos, and more
Next Britney Spears pens brutal post for mom Lynn Spears, ‘no one stood up for me’