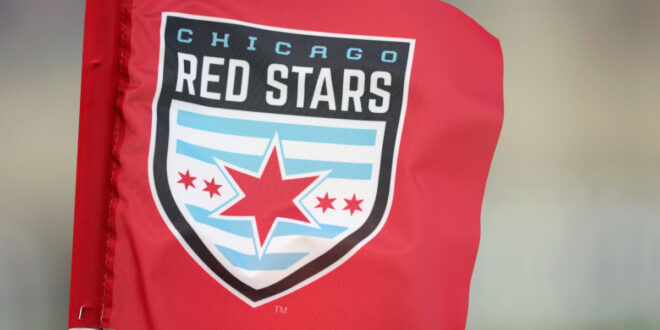 NWSL’s Red Stars Remove Embattled Owner as Chairman of Board

The Chicago Red Stars announced Wednesday the club has voted to remove Arnim Whisler as chairman of the board amid the findings of an investigation that discovered systemic emotional abuse and sexual misconduct in the National Women’s Soccer League.

The Red Stars’ Board of Directors issued a statement confirming that the vote to remove Whisler, the team’s majority owner, from the board took place earlier in the day. The board also agreed to transition him “out of his board seat immediately with the Chicago Red Stars (Chicago Women’s Soccer Academy, LLC) and to codify his removal from any further participation with either club or board operations.”

The decision to remove Whisler follows a bombshell 48 hours for the NWSL after the results of an independent investigation focusing on misconduct allegations involving three former coaches, including ex-Red Stars manager Rory Dames, were released on Monday; the coaches were among five former managers fired after last season due to the allegations. The investigation was commissioned by the U.S. Soccer Federation, and led by former acting U.S. attorney general Sally Q. Yates and the law firm King & Spalding.

In the report, Yates wrote that Dames, Chicago’s coach from 2011 to ’21, was found to have created “a culture of fear” and was “emotionally and verbally abusive” to his players. Dames also was accused of directing sexual comments toward players on his youth soccer team Eclipse Select, which he coached since 1997, and “equally renowned for his tirades against the young girls who played for him,” per Yates.

The Red Stars’ Board of Directors denounced Whisler for his role in allowing Dames to continue coaching despite being made aware of the claims from Red Stars players. The board also vowed to revamp its team culture from top to bottom in the wake of his ousting.

“The Board was deeply disappointed after reading the Yates report and believes the club cannot move forward in rebuilding trust with players, staff and the Red Stars community with his continued involvement,” the statement read. “Job one for board members is to continue building a culture where players, and all who work at the club, feel that they are in a safe and supportive environment. Lastly, the board wants to extend its gratitude for all who displayed such bravery in sharing their stories. Thank you for coming forward.”

Less than 24 hours after the report was released, Whisler released a statement declaring he planned to hand control of the Red Stars to his executive team in Chicago and step back from his role on the NWSL Board of Governors.

“There are few things in life that I have as much love and admiration for than our Chicago Red Stars. That’s why after reviewing yesterday’s report, I am filled with sorrow upon reading the many stories and experiences shared by so many incredibly brave individuals who have played in the NWSL, including our beloved club. I am so deeply sorry for what our players experienced during their time spent in Chicago,” Whisler’s statement read in part.

A number of notable moves already have taken place in the aftermath of the Yates report, including the removal of Portland Thorns president of soccer and general manager Gavin Wilkinson and president of business Mike Golub earlier in the day for their involvement in enabling a toxic work environment.

With Whisler now out as a chairman, it remains to be seen if he’ll end up divesting his shares in the club. The Red Stars supporters group, Chicago Local 134, said in a statement that its members plan to boycott the team as long as Whisler remains affiliated with the club.

Red Stars director of communication Rachel Parrish said Wednesday the board of directors is open to brokering a sale as soon as possible.

“The board wants to help facilitate a sale of Arnim’s shares in a timely process which is both prudent and when complete can lead Red Stars players, coaches & front office staff to a better future,” Parrish said, per Annie Costabile of The Chicago Tribune.

The Red Stars are currently preparing for the NWSL playoffs after finishing the regular season on Sunday with a win over Angel City FC to clinch the sixth and final spot. Chicago will open the postseason on Oct. 16 in a quarterfinal match against San Diego Wave FC.

Previous Thursday’s gossip: Hasenhuttl, Musiala, Bellingham, Rice, Rashford, Benitez
Next From Google’s Pixel, back to the Nexus and the G1: a visual history