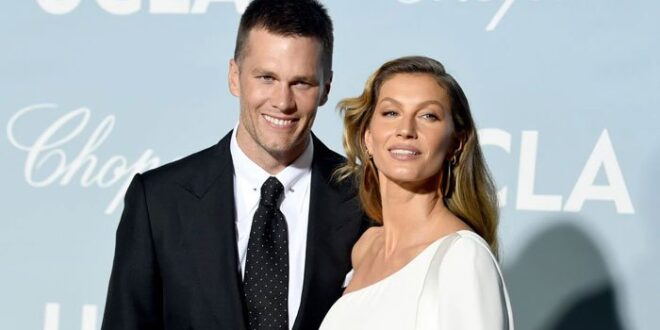 Reportedly, the couple have been living separately for the past few months following an epic fight — and they are now apparently looking at dividing up their multimillion-dollar empire. The couple would likely file for divorce in Florida, as that’s where they are primarily based, legal experts say. Another source who knows the couple confirm they are looking at dividing their assets, which includes a $26 million property portfolio.

“I never actually thought this argument would be the end of them, but it looks like it is,” one source in the know tells the publication. “I don’t think there will be any coming back now. They both have lawyers and are looking at what a split will entail, who gets what and what the finances will be.”

The couple tied the knot in February 2009 and share son Benjamin, 12, and daughter Vivian, 9. Brady is also the father of son Jack, 15, with ex Bridget Moynahan.

Previously, there were rumours that the couple was at odds with each other concerning Brady’s retirement from NFL. In an interview this summer with Elle, Bündchen said that she has her “concerns” about Brady continuing to play, especially when it comes to their kids.

“Obviously, I have my concerns — this is a very violent sport, and I have my children and I would like him to be more present,” the Brazilian model said. “I have definitely had those conversations with him over and over again. But ultimately, I feel that everybody has to make a decision that works for [them]. He needs to follow his joy, too.”

Previous Heavy-handed Hilary Swank back on TV in ‘Alaska Daily’: review
Next Russian journalist who fled house arrest says she is innocent