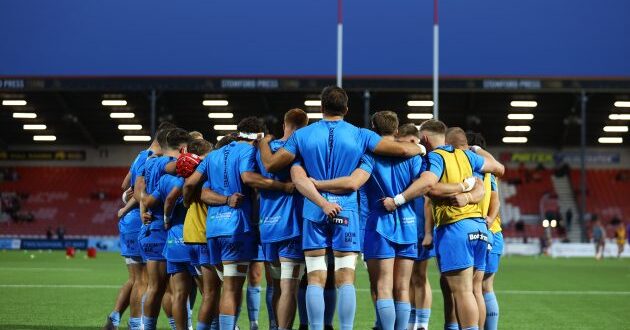 WRFC Players Ltd was liquidated in the high court

It’s a sad day in Worcester. The company who own the Warriors players and staff contracts, WRFC Players Ltd, was liquidated in the high court on Wednesday, meaning all contracts are to be terminated.

All players (men and women), backroom staff and administrative staff face the same fate. Worcester’s Gallagher Premiership matches against Gloucester and Harlequins were cancelled earlier in the week and the club has been suspended from all competitions.

HMRC have been pursuing Warriors for an unpaid tax bill of around £6m. Meanwhile, a winding-up petition against WRFC Trading Limited has been suspended, though that company is still in administration. That arm controls the club and the ground, while some plots of land around the ground belong to other companies owned by Warriors co-owners Jason Whittingham and Colin Goldring.

Worcester boss Steve Diamond took to Twitter on Wednesday to say: “This is the darkest day for English rugby. We thought we could turn the tanker around but it’s ended up like the Titanic, sadly. The ship has sunk, the captains are nowhere to be seen. The RFU/PRL band played in the back ground. There are a privileged few who have jobs.”

Meanwhile captain Hill posted: “What an unbelievably sad day for everyone in Worcester. A club who meant so much to everyone has gone the direction none of us wanted it to.

“Something needs to change so that this doesn’t happen to any club again.”

The Rugby Football Union and Premiership Rugby have made no hard and fast decision on if relegation is to happen, yet. But the outlook is bleak, with the Rugby Players’ Association saying: “It is clear that lessons must be learnt from this situation and that players must be fully involved and consulted in any discussions regarding their futures and the future direction of the professional game.”