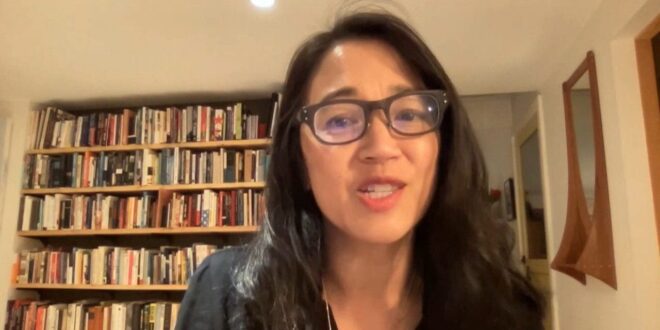 FIRST ON FOX: The vice chair of the Treasury Department’s newly-announced racial equity committee wants to defund the police and put racial justice at the center of all government policymaking.

Treasury Secretary Janet Yellen on Tuesday announced the formation of a 25-member committee called the Treasury Advisory Committee on Racial Equity, which will identify, monitor, and review aspects of the domestic economy “that have directly and indirectly resulted in unfavorable conditions for communities of color,” according to a press release.

In the latest iteration of the Biden administration’s inclusion of capitalism critics in federal governance, Felicia Wong, the president and CEO of the Roosevelt Institute, was announced to serve as the nascent racial equity committee’s vice chair.

Wong is a former executive at the Democracy Alliance, a network of liberal megadonors founded in part by billionaire George Soros. Since 2012, she has led the Roosevelt Institute, a liberal think tank that wants to abolish for-profit prisons, reimagine capitalism, and put racial justice at the “center” of all government policymaking.

Last year, the Roosevelt Institute published a report co-authored by Wong, titled, “A New Paradigm for Justice and Democracy,” which argued that “all policy, from vaccine distribution to higher education funding to tax reform, will have racialized effects. Recognizing this reality, and always considering race in policy design, is therefore vital.”

Wong and the authors wrote that a “skills-based, opportunity-focused liberalism” is outdated and ignores systemic racism, and that “our mainstream politics has yet to recognize, prioritize, and make central the reckoning, race equity, and self-determination that a multiracial democracy would require.”

The report praised the idea of wealth redistribution in the name of racial justice and argued that “equity” means equal outcomes, not equal opportunities.

“True equity means equity of outcome, and not accepting the promise of ‘opportunity’ within a system that continues to systematically exclude,” Wong wrote. “It demands redistribution of resources—especially when wealth for some has been extracted from many—and a redistribution of decision-making power.”

The same report co-authored by Wong also called for eliminating the filibuster, which requires 60 votes in the Senate to pass major legislation, calling it a tool of white supremacy.

“In this environment, a focus on democracy and racial justice means that filibuster reform or elimination must be on the table,” it read. “The filibuster has been disproportionately used throughout history by segregationists and other white supremacists to slow or stop laws intended to promote racial equity. Today, it continues to stall progress on key democracy priorities: protecting voting rights; ending partisan gerrymandering; curbing the influence of corporate money and lobbying in our rulemaking process; and creating stronger ethics laws for federal officeholders.”

“These all have racial justice implications, since the current system prioritizes a lobbying and corporate interest–driven system that is dominated by those who are wealthy and white, and whose interest is in preserving the status quo,” it continued.

Another report authored by Wong in 2020 about “new progressivism” slammed the concept of “neoliberalism,” which she defined as “a free-market capitalist ideology” that has devolved into “tax cuts for the rich and deregulation of the most powerful and pervasive industries.”

WHAT IS CRITICAL RACE THEORY?

In 2016, years before the “Defund the Police” movement came to national prominence, Wong co-authored a report that argued that “police budgets should be reduced and for-profit prison systems must be done away with.”

“A key lever for reform is removing the money that fuels a corrupt justice system,” the report stated. “[W]e must make a concentrated effort to reduce our prison population, at least in part by decriminalizing drugs and also by bringing U.S. sentencing practices more in line with other nations.”

The report also claimed there is a need for “more direct redistribution in the form of investments in asset-poor communities and transfers to asset-poor individuals,” and it argued in favor of a “constitutional amendment guaranteeing the right to vote for all and implementing a fully national system of universal voter registration, which should no longer be left up to states.”

Wong and the other authors also called for a “significant shift in the current state of constitutional jurisprudence on issues of racial inequality, discrimination, and affirmative action” in regard to the Equal Protection Clause.

“[C]urrent Supreme Court practice poses a problem, as it is focused predominantly on race neutrality,” the report said. “Current constitutional doctrine thus makes impossible the kind of racially targeted policies that, as this report has suggested, are essential for undoing structural racial inequities.” 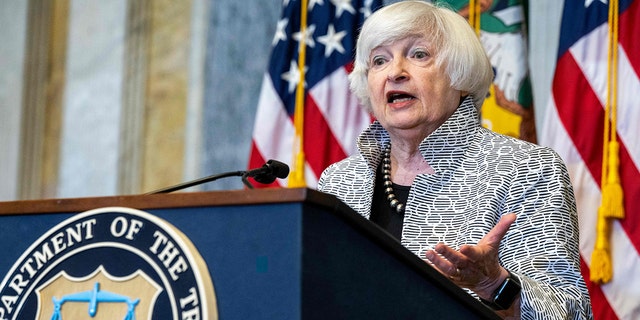 US Treasury Secretary Janet Yellen speaks on the state of the US economy during a press conference at the Department of Treasury in Washington, DC, July 28, 2022.
(SAUL LOEB/AFP via Getty Images)

On Tuesday, the Treasury Secretary Yellen announced the formation of the Treasury Advisory Committee on Racial Equity which will have 25 members from different colleges and universities, advocacy groups, and the business world.

When reached for comment, the Roosevelt Institute pointed Fox News Digital to Wong’s statement in the Treasury Department’s press release Tuesday, in which she said, “Any efforts to address inequality in the United States must account for the legacy of racial exclusion built into our economy.”

Several Republican lawmakers reacted to the news of the Treasury Department creating its committee on racial equity.

Senator Josh Hawley, R-Mo., slammed President Biden for prioritizing the “wokeification” of the federal government over Americans’ needs in a statement to Fox News Digital.

“It’s time for this administration to stop pandering to their left-wing base and start working to put this country back on track,” the Missouri senator continued. 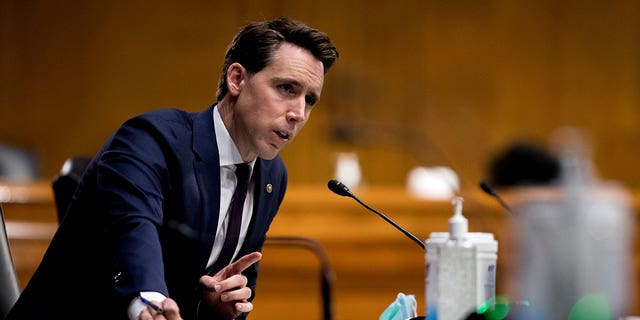 Rep. Bryan Steil, R-Wis., a member of the House Select Committee on the Economy, told Fox News Digital if “Biden was serious about helping people struggling in today’s economy, he would stop inflation by ending reckless spending and unleashing American energy.”

“Too many Americans are suffering under one party Democratic control that is wrecking our economy,” Steil continued.

Rep. Kat Cammack, R-Fla., who also sits on the committee with Steil, told Fox News Digital the “Treasury’s news isn’t surprising—division is the preferred strategy of the Biden administration.”

“The Defense Department did it with its Diversity, Equity, and Inclusion team and appointed a senior official with concerning and divisive rhetoric in its top post,” Cammack said. “The Department of Homeland Security did it with the Disinformation Governance Board and had a wannabe TikTok ‘influencer’ as its leader.”

“It’s pretty simple: America First policies will benefit every American regardless of which box they check,” she continued. “We don’t need government bureaucrats wasting American taxpayers’ money on woke initiatives and virtue signaling that chalk everything up to identity politics. The American people deserve better.” 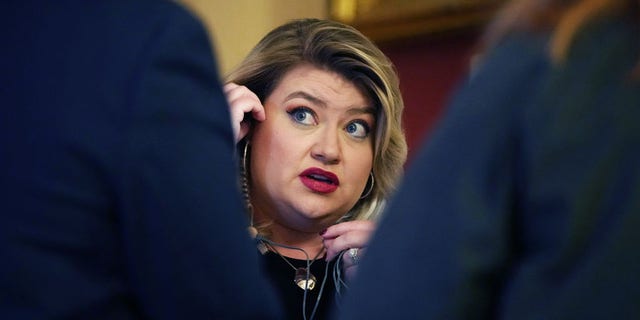 Rep. Kat Cammack, R-Fla., prepares for an interview in the U.S. Capitol ahead of a possible House vote on the Build Back Better Act and the infrastructure bill on Friday, November 5, 2021.
(Photo By Tom Williams/CQ-Roll Call, Inc via Getty Images)

The Treasury’s new committee will “provide advice and recommendations to Secretary Yellen and Deputy Secretary Wally Adeyemo on efforts to advance racial equity in the economy and address acute disparities for communities of color,” according to the press release.

“A critical piece of executing on our racial equity goals is bringing a wide set of outside perspectives and lived experiences to the decision-making table,” Yellen said in a statement.

“The Treasury Advisory Committee on Racial Equity, made up of members with wide-ranging backgrounds and expertise, will provide important insight and advice to leadership across the department to bolster and inform our equity efforts,” she continued.

Also on the 25-person committee is Lorella Praeli, co-president of Community Change Action, who called for defunding the police last year.

The Treasury Department did not respond to Fox News Digital’s request for comment.

“Equity” has been a popular buzzword for the Biden administration which has garnered mixed views from Americans.

Vice President Kamala Harris turned heads this week after she said the administration would be taking racial “equity” into account while doling out relief for Hurricane Ian.

By saying the administration will be taking “equity” into account for natural disaster relief, the vice president has said she and her boss will be weighing who gets relief faster based on the color of a person’s skin.

When questioned about the plan by Fox News Digital, Harris silently walked away.

The Roosevelt Institute made headlines in July after Fox News Digital reported that Stacey Abrams, the Georgia Democratic gubernatorial nominee, was paid over $700,000 as the executive director of the institute’s Southern Economic Advancement Project (SEAP).