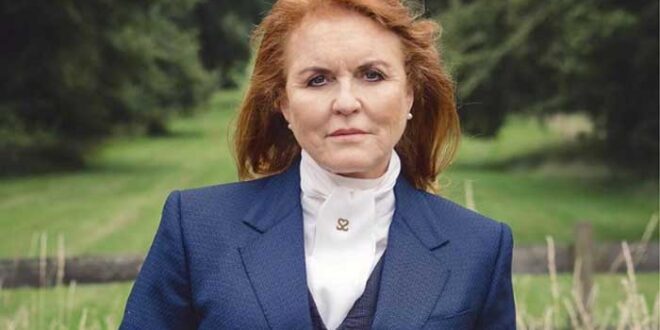 Prince Andrew’s ex-wife  Sarah Ferguson has made a comeback on social media in a new avatar weeks after Queen’s funeral.

Taking to Instagram on Tuesday,   Sarah shared her amazing picture  that attracted massive applause from fans.

In the picture, Sarah Ferguson can be seen sporting an equestrian’s attire complete with a top hat, and fans could not stop gushing.

She captioned the post: “I hope to see you at Henley Literary Festival Wednesday Oct 5, 2PM where I’ll be chatting with @marguerite_kaye about Her Heart for a Compass. Click the link in my bio to claim your tickets now my lovely readers! Xx.”

The mother of Princess Eugenie and Princess Beatrice appeared to be posing in a stable which matched her outfit.

Sarah’s last post was recorded on September 9 where she expressed grief about her former mother-in-law’s death.

The fans of the Duchess of York filled the post with positive comments. A fan of hers commented, “Looking beautiful, that look is so you,” while another said, “You look amazing.” Another fan claimed to “love all her outfits.”