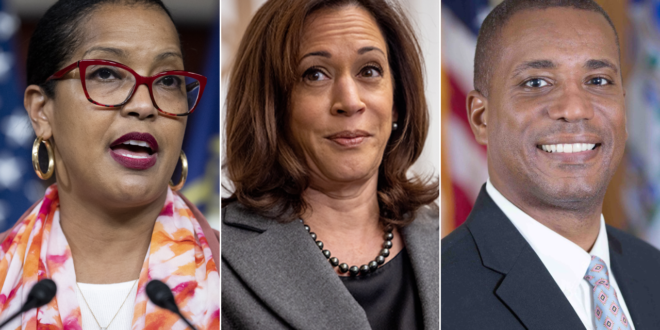 Vice President Kamala Harris will join an embattled House candidate for an event in Connecticut’s 5th Congressional District, a historically Democratic seat that looks increasingly vulnerable to a Republican challenge.

Embattled Democratic Rep. Jahana Hayes announced via Twitter that Harris will join her for an event in her district Wednesday. According to Hayes, the purpose of the visit is to “highlight federal action being taken to defend access to reproductive care.”

The statement went on to say that “during a time when the rights of women are being threatened, having the full support of the Biden-Harris administration is critical in paving a way forward where every woman has the freedom to make her own healthcare decisions.”

Ben Proto, the chairman of the Connecticut GOP, thinks the timing of the vice president’s visit is a sign that Hayes may be vulnerable.

“I think she’s coming to the district because Johanna Hayes’s campaign is faltering, and they know she’s moving in the wrong direction,” Proto told Fox News Digital.

Although Biden won the district by 11 points in 2020, Proto says the administration’s track record on the economy gives him doubts that Harris’ visit will have a positive effect with voters. “I find it interesting that the person they send to bolster Johanna Hayes is the only person in the country with a lower favorability rating than Joe Biden has,” Proto said.

The announcement of Harris’ visit comes just one day after a report on the Congressional Leadership Fund’s (CLF) October media buys for midterm races was released, revealing that the Republican super PAC had spent $600,000 on ads in favor of Hayes’s opponent, Republican former State Senator George Logan. Axios first reported the CLF’s media spending in the district.

Proto claims Democrats are using abortion and Roe v. Wade as “the bright, shiny object to distract voters from the issues they are concerned with.” However, voters who live in the predominantly middle and working-class district are “much more concerned with the cost of living, the cost of groceries, the cost of gasoline and with heating their homes,” Proto said.

Following CLF’s ad buy, Politico updated its 2022 election forecast for Hayes’s district, changing it from “lean Democrat” to “toss-up.” The outlet acknowledged advantages Hayes has in the categories of incumbency and fundraising, but asserted that candidate quality and long-term trends equally favored the two candidates — despite the fact that the district has not elected a Republican since 2002.

Harris’ visit to Connecticut is not the first time Democrats have attempted to shift the focus of the closely-watched race to abortion rights in order to move the needle in Hayes’ favor. According to Logan’s campaign, last week, the House Majority PAC, an outside spending group linked to House Speaker Nancy Pelosi, launched an attack ad against Logan claiming that he “refused to support Roe v. Wade” and that he would help Republican leadership implement a “nationwide ban on abortion.” 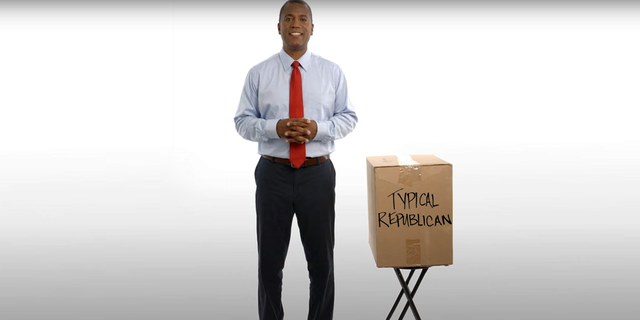 George Logan, candidate for Congress in Connecticut’s 5th Congressional District, says he does not fit into the box of a “typical Republican” in campaign ad.
(George Logan for Congress)

Logan’s legal counsel sent a cease and desist letter to the television stations airing the ad September 29, arguing the claim that the candidate refused to support the Supreme Court’s ruling in Roe v. Wade was “patently false and misleading, as George Logan has repeatedly expressed support for Roe v. Wade and its policy implications throughout his career and current campaign.”

Logan previously called out the Connecticut Democratic Party for a “racially motivated” tweet the group posted attacking him in May. The style of the tweet allegedly referenced the children’s series “Curious George,” which follows the adventures of an anthropomorphic monkey. The tweet, which Hayes had retweeted, was soon deleted. Both Hayes and the Connecticut Democratic Party issued apologies.

Logan later launched a campaign ad of his own claiming that Democrats were “coming after’ him now because he doesn’t “fit in this box” of a “typical Republican.”

Republicans need to pick up just five seats additional seats in the November midterm elections to secure a majority in the House.

Sara Ballou is a Homepage and Social Media Editor at Fox News Digital. Email her at [email protected] or follow her on Twitter at Sara_Ballou