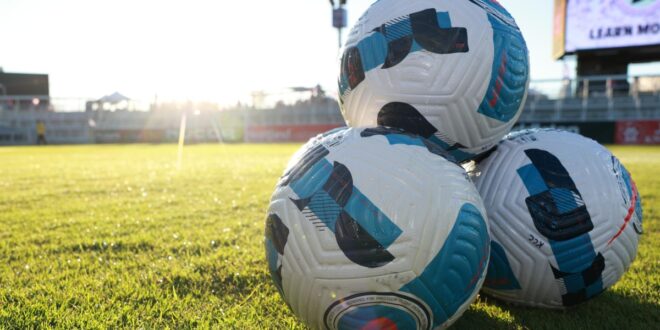 Good morning, I’m Dan Gartland. I can’t believe some of the things I read in U.S. Soccer’s investigation.

💯 The next installment of our NBA Top 100

The U.S. Soccer Federation released the findings yesterday of the independent investigation it commissioned following allegations of sexual and emotional abuse by NWSL coaches—and the revelations are horrifying.

emotional abuse and sexual misconduct—had become systemic, spanning multiple teams, coaches, and victims” in the NWSL. (You can read the full investigation here.)

Abuse in the NWSL is rooted in a deeper culture in women’s soccer, beginning in youth leagues, that normalizes verbally abusive coaching and blurs boundaries between coaches and players. The verbal and emotional abuse players describe in the NWSL is not merely “tough” coaching. And the players affected are not shrinking violets. … In well over 200 interviews, we heard report after report of relentless, degrading tirades; manipulation that was about power, not improving performance; and retaliation against those who attempted to come forward. Even more disturbing were the stories of sexual misconduct. Players described a pattern of sexually charged comments, unwanted sexual advances and sexual touching, and coercive sexual intercourse.

That quote is the crux of the 319-page report, but it’s the details that make it such a bombshell. Here’s what to know about the investigation, its findings and what could come next:

Riley was fired last year after The Athletic reported on his alleged decade-long pattern of sexually coercive behavior. Former player Sinead Farrelly said Riley coerced her into having sex with him in 2011. Another former player, Mana Shim, said Riley brought her and Farrelly to his hotel room in ’15 and pressured them to kiss in front of him. The King & Spalding investigation also found that Riley “created a hostile environment” and “belittle[d]” and “verbally abuse[d]” players. Riley was fired in ’15 after Farrelly and Shim reported his actions to the Thorns, but he was back in the league in ’16 coaching the Flash (which relocated to North Carolina and became the Courage).

Dames coached the Red Stars for 10 seasons until he was fired last year. He was hired by the team due to his reputation as a successful youth soccer coach. But, Yates wrote, “Dames was equally renowned for his tirades against the young girls who played for him.” Dames also allegedly directed sexual comments toward his youth players. From the report:

Separately, former Eclipse players informed us that Dames’s sexualized team environment—in which he spoke to players about foreplay, oral sex, and their sex lives—crossed the line to sexual relationships in multiple cases, though those relationships may have begun after the age of consent. A former Eclipse player recalls Dames “ask[ed] for massages, things like that.” Natalie Ramello, who also played for Eclipse, remembers Dames making comments to another coach “about the age of consent” and “how it was lower in some places.”

After the allegations about Riley, the Red Stars commissioned their own report about the team environment. A sport psychologist interviewed each player and concluded that “Dames created ‘a culture of fear’ and was emotionally and verbally abusive,” Yates wrote.

The most troubling allegations in the report concern Holly, the former coach of Racing Louisville. A former Louisville player said that Holly sent her nude photos and videos of himself and pressured her to send sexually explicit images of herself to him. On one occasion, Holly told the player to meet him to watch game film and when she arrived said that he was going to touch her “for every pass you f—ed up”.

“Then, she recalled, Holly started touching her, repeatedly pushing his hands under her pants to touch her genitals and under her bra to touch her breasts,” the report read. “She remembers she tightly crossed her legs and pushed his hand away.”

U.S. Soccer and the NWSL failed to stop the abuse

The running theme of the investigation is the repeated failure to stop the widespread abuse. The report describes how multiple people in positions of power—including former U.S. Soccer president Sunil Gulati and former U.S. women’s national team coach Jill Ellis—were told of allegations against the coaches and failed to protect players.

The King & Spalding report is one of two investigations commissioned after the scandals were publicized last year. This one was conducted on behalf of U.S. Soccer. A second investigation, commissioned jointly by the NWSL and its players union, is ongoing and could dig up additional misconduct.

“U.S. Soccer and the entire soccer community have to do better, and I have faith that we can use this report and its recommendations as a critical turning point for every organization tasked with ensuring player safety,” current U.S. Soccer President Cindy Parlow Cone said. “We have significant work to do, and we’re committed to doing that work and leading change across the entire soccer community.”

In just its second season (and first as a fully autonomous team), Trackhouse not only has three wins to its name but landed both its full-time cars into the second round of the Cup Series playoffs, which is dominated by the legacy teams. A driver from Joe Gibbs Racing, Team Penske, Hendrick Motorsports and Stewart-Haas Racing has won the championship ever since 2005 when Tony Stewart took the title, with the exception of Martin Truex Jr. in ’17.

The latest installment of our NBA Top 100 series is here. … The Pac-12 and Big 12 are proving that they’ll be just fine without the high-profile members they’re soon set to lose, Pat Forde writes. … As the World Cup draws closer, Avi Creditor’s weekly USMNT abroad updates are necessary reading.

ESPN will air an interview with former NWSL commissioner Lisa Baird tonight in which she addresses the scandals that occurred during her tenure, and there’s already buzz that she comes off very poorly. … No surprise here, but Tua Tagovailoa has been ruled out for the Dolphins’ game this week against the Jets. … It got a little hairy there over the past few weeks, but the Phillies have officially clinched their first playoff spot since 2011. … Ukraine is reportedly joining Spain and Portugal’s joint bid for the 2030 World Cup. … Karl-Anthony Towns was hospitalized and bed-ridden for several days last week due to a serious infection. … Tony La Russa is stepping down as manager of the White Sox due to his health.

3. The press box video of Bobby Wagner tackling a fan who ran on the field.

2. Peyton and Eli Manning’s commentary of the Wagner tackle.

On this day in 2014, the Nationals and Giants played what is tied for the longest postseason game in MLB history. How many innings did it last? (Hint: The two other games it is tied with were played in 2018 and 2005.)

Answer: a fan. Larry Goldberg, a 26-year-old Giants fan from Brooklyn, had to work on the day of the game, so he asked his mother to record the final inning for him.

Goldberg wrote to Hodges asking whether anyone at the radio station had been taping the game and offering to lend his tape if not. Hodges’s station, WMCA-AM, wasn’t recording the broadcast, so Goldberg’s tape was the only copy of the now-iconic call.

Goldberg’s son, Steve, a former senior producer for CNN.com, wrote in 2010 that his father received “​​a tape cartridge, $100 and access to box seats at the Polo Grounds the next season” in exchange for providing the historic recording. Hodges’s call was distributed on vinyl by the Chesterfield cigarette company.

Here’s how Goldberg recalled the game in a letter that was included in one of songwriter and baseball fan Seth Swirsky’s books:

​​I was 26 years old and working in an office in Manhattan, I knew I wouldn’t have access to a radio but I wanted to hear the end of the playoff game. I was a long time Giant fan so I set the radio to WMCA, set up my reel to reel tape recorder, showed my Mother what button to push when the ninth inning started. I then took the BMT train to work.

That evening, I couldn’t wait to get home to listen to the tape. I knew what had happened but I had to hear it for myself. I rewound the tape and there was Russ Hodges screaming “The Giants win the pennant … I don’t believe it … the whole place is going crazy.” …

The years have passed but every time that home run is shown on TV—with the soundtrack based on my tape—I smile and think to myself: “We did that—Ralph Branca, Bobby Thomson, Russ Hodges, me and my mother!”

In 1971, quarterback Sonny Sixkiller propelled the University of Washington’s football team to heights it hadn’t reached in a decade. But Sixkiller didn’t appreciate everything that came along with the increased attention on him and the Huskies.

Sixkiller is of Cherokee descent, and newspaper editors around the country seized on the opportunity to make quips about his heritage in headlines. SI writer Roy Blount Jr. thought readers might understand Sixkiller’s plight better if he described it in terms more familiar to them:

Drawing parallels between different ethnic groups is tricky, but say your name is Rosenbloom and your great-grandfather was a rabbi. You grew up, however, as a thoroughly assimilated third-generation Baptist in a small, predominantly Wasp mill town in Oregon. You went off to Seattle on a football scholarship, became an overnight star, and all of a sudden fans were yelling “Oyoyoyoy” at you jocularly and the newspapers were saying: “The Bruins thought they had a final solution to the Rosenbloom problem yesterday afternoon, but it was proven once again that a smart Jewish quarterback can get you out of anything.” The headlines were inspired, “There’s a Rose in Bloom at Washington,” and subheads just as blithe, “Rosenbloom Crucifies Oregon.”

You presumably would react the way Sonny Sixkiller reacted last year when, as a sophomore, he led the nation in passing and kept reading about how he was making heap good medicine and scalping and massacring people all up and down the Pacific Coast.

“I was dumfounded,” says Sixkiller, shaking his head. “One guy asked if people gave me any trouble over my name—like I’m supposed to get mad and stab ’em in the back or set a trap for ’em. Jeez.”

Sixkiller was born in Oklahoma but raised in a predominantly white town in Oregon. His great-grandfather was a Cherokee chief, though Sixkiller was not raised around Native American culture. Still, his background was just about the only thing people wanted to talk about when he rose to prominence.

“I used to go to schools, and they’d have SCALP SIXKILLER banners on the walls,” he told Grant Wahl in 2003 when SI revisited his appearance on the cover. “Then you had newspapers saying CHEROKEE CHUCKER SLAYS STANFORD. Would that fly today? No. I don’t know how it flew then.”

The Huskies program was in a sorry state before Sixkiller took over at quarterback, going 1–9 while he rode the bench as a freshman in 1969. But they went 6–4 in ’70 with two wins over ranked teams as Sixkiller led the nation with 230.3 passing yards per game and helped Washington earn its first appearance in the AP Top 25 since ’64. He led the Huskies to 8–3 finishes as a junior and a senior and had a brief career in the World Football League before beginning a career in marketing.