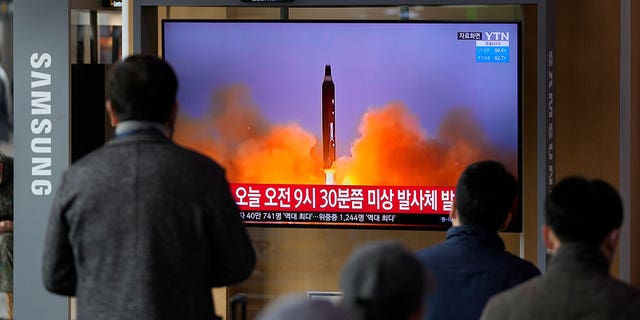 North Korea launches missile over Japan; splashes into the ocean and residents warned to take cover

North Korea fired a ballistic missile over Japan Tuesday, prompting Tokyo to issue a warning for residents to take cover.

The missile was launched from North Korea’s coast and was reported by South Korea’s Joint Chiefs of Staff (JCS) and the Japanese coast guard.

The projectile was believed to have landed in the Pacific Ocean. The Japanese prime minister’s office issued an alert to residents in northeastern regions to evacuate buildings nearby in what was reportedly the first such alert in five years.

The launch is the fifth round of weapons test by North Korean in the past 10 days in what was seen as an apparent response to military drills between South Korea and the United States. North Korea views such drills as an invasion rehearsal.

The missiles fired during the past four rounds of launches were short-range and fell in the waters between the Korean Peninsula and Japan. Those missiles are capable of hitting targets in South Korea.

The latest launch was Pyongyang’s fifth in 10 days, Reuters reported, as it flexes its military muscle against the United States and South Korea, which conducted trilateral anti-submarine exercises last week with Japanese naval forces.

Previous Hurricane politics: The peril is Category 5
Next Planned Parenthood is ‘taking abortion care on the road,’ will open mobile clinic in Illinois