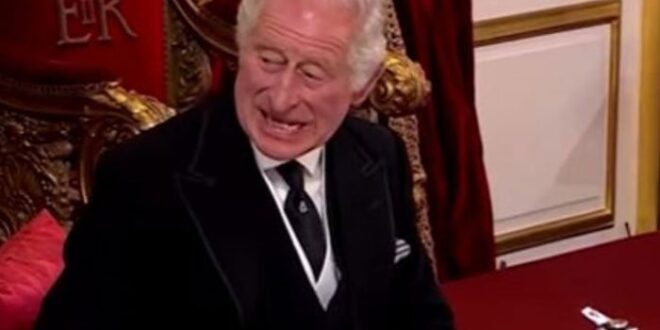 The monarch, who visited Dunfermline in Fife on Monday, used his own pen to sign a visitors book. After handing it to wife Camilla, the King used his humour to speak about his previous pengate drama.

“These things are so temperamental,” says.

This comes after the 73-year-old new monarch was caught off-guard in Ireland after his pen stopped working while signing official documents.

“I cannot bear this bloody thing!” said His Majesty after wife and Queen Consort Camilla pointed out he wrote the wrong date on the document.

“Oh, God, I put the wrong date down,” said an irritated King Charles.

When Camilla pointed out to her husband that he “signed the 12th earlier”, a frustrated Charles got flabbergasted: “Oh, God. I hate this.”

He added: “I can’t bear this bloody thing! What they do, every stinking time.” He later appears to storm out of the room while his wife signs the book herself.