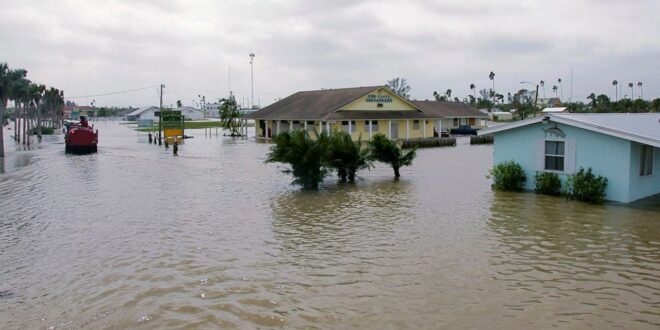 Hurricane politics: The peril is Category 5

A student once asked MacMillan what factor in politics posed the greatest challenge for leaders.

Mother Nature may not bear responsibility for the future of all politicians. But to paraphrase MacMillan, “weather events” hold the potential to undercut even the most savvy of pols.

Bad weather and politics are often a toxic, unpredictable brew.

First, the basics. A sodden rainstorm on Election Day in November will inevitably diminish turnout. Downpours — be they in Topeka or Buffalo — will curb voters from heading to the polls. Lower turnout naturally boosts some candidates and harms others. It doesn’t make any difference whether it’s a candidate seeking the school board, city council, county commission or Congress. A rainmaker can be a kingmaker in politics.

Political analysts have lamented that they’re not sure if they understand the universe of voters ahead of this fall’s midterm elections. It’s one of the more confusing elections to model. No one is certain which voters may show up. On its face, it looks like Democrats are energized after the Supreme Court decision on abortion. But recent polling has shown that Republican voters are showing nearly as much intensity in their interest to vote as Democrats.

However, a natural disaster of Ian’s dimension can completely alter the political landscape just as much as the storm. Some Florida polling places were likely destroyed. People will inevitably not know where they should vote. What about poll workers? What about people forced to move from one jurisdiction to another? Come Election Day, some Floridians will still be focused on day-to-day tasks such as finding food, shelter, medicine and diapers — and not voting.

Where voters wind up is incalculable. Moreover, it’s even harder to divine if they will vote — let alone for whom they will cast their ballots.

But natural disasters impose another burden on politicians.

Presidents, governors, house members and senators control a lot. But they can’t control the weather. And even if they are diligent about their responses to storms, earthquakes, tornadoes, wildfires and blizzards, poll numbers can drop more quickly than the barometric pressure in a tropical storm if things go poorly.

In fact, what looks like a good response can slide out of control days later.

Such was the case when Hurricane Katrina sliced the Louisiana and Mississippi Gulf Coast in 2006. Failure of flood control systems in New Orleans drenched the city for weeks, driving up the loss of life.

President George W. Bush got a lesson about storms the hard way. Americans were already starting to lose confidence in the president because of the war in Iraq. Katrina only solidified their views of the 43rd president. 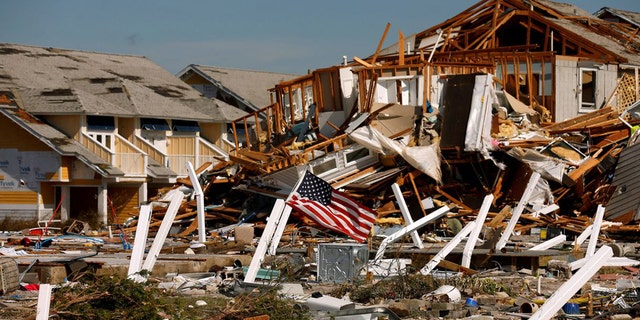 An American flag flies amid rubble left in the aftermath of Hurricane Michael in Mexico Beach, Florida, on Oct. 11, 2018.
(Reuters/Jonathan Bachman/File)

President George H.W. Bush encountered a similar problem when the federal government was slow to respond to the aftermath of Hurricane Andrew in 1992. Andrew was a Category 5 storm that whipped through Florida in late August of that year. It remains the most powerful storm to ever strike the U.S. mainland.

“Where in the hell is the cavalry on this one?” complained Dade County Emergency Director Kate Hale days after the storm.

Bush was already struggling against future President Bill Clinton in the closing days of that year’s presidential contest. A third-party challenge by Ross Perot didn’t do the sitting president any favors. Voters saw the 41st president as indifferent to the storm. It contributed to the president’s defeat.

Republicans struggled with hurricanes for years after Katrina.

The GOP canceled the first day of its 2008 political convention in St. Paul, Minnesota, when a hurricane threatened New Orleans on the other end of the Mississippi River. Republicans also eliminated the first day of the 2012 convention when Hurricane Isaac homed in on Tampa, the site of that year’s convention.

But other political leaders have also faced the wrath of the public for seeming out of touch when Mother Nature calls.

And it’s not always hurricanes.

Late Washington, D.C., Mayor Marion Barry fell from grace in early 1990 when police busted him on cocaine charges during a sting in a hotel room. But another form of white powder spelled trouble for Barry in 1987.

Barry flew to Pasadena, California, to watch Super Bowl XXI at the Rose Bowl. The New York Giants topped the Denver Broncos, 39-20. But Barry stayed behind and partied with friends — downing bottles of champagne and cognac.

“Blizzard of Indifference,” charged the Washington City Paper after the mayor didn’t return to Washington for six days after the storm.

Barry appeared aloof when it came to the political ramifications of weather.

Barry told District of Columbia residents to “take a bus” when 18 inches of snow fell on the city early in his first term in 1979. When told that buses couldn’t navigate the unplowed streets, Barry replied, “Walk.”

Superstorm Sandy thumped New York City and the northeastern U.S. in the fall of 2012. Lawmakers from both parties were apoplectic when Republicans refused to support a $60 billion supplemental spending bill to help the region recover. Former Rep. Peter King, R-N.Y., was particularly incensed when former House Speaker John Boehner, R-Ohio, refused to bring the bill to the floor during the waning hours of the 112th Congress.

Many Republicans argued the package was a “handout” to the Northeast and didn’t want to have any part of helping New York City.

There was concern that Boehner may not survive a vote for Speaker in January 2013 if he advanced the package hours before the termination of the 112th Congress.

The House finally approved the bill, 241-180, early in the 113th Congress once Boehner prevailed in the Speaker vote. But despite holding the majority at the time, a scant 49 Republicans voted yes.

Most of the Republican votes came from members of the leadership, those from the Northeast, lawmakers from the Gulf Coast who were used to hurricanes, or members of the Appropriations Committee — the panel that doles out federal dollars.

FEMA has what it needs to address immediate needs from Hurricane Ian in Florida, Georgia and the Carolinas. Congress approving $9 billion to beef up the Disaster Relief Fund. But a storm of Ian’s magnitude means it’s inevitable the region will need tens of billions in federal assistance to recover. It will take time to assess the damage. Lawmakers could tack that money onto a spending bill due in mid-December to avoid a government shutdown. 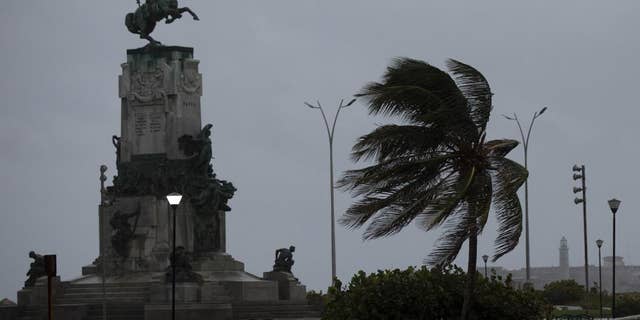 But there’s an important dynamic to watch: there aren’t many Republicans still in Congress who opposed the Sandy bill in 2012 and 2013. But they certainly share the political philosophies of those who roamed Capitol Hill a decade ago. Republicans who push austerity in other matters are already calling for federal resources.

DeSantis voted no on the Sandy bill when he was a Florida congressman in 2013. Only 22 House Republicans voted yea when the House approved the stopgap spending bill Friday. Not a single Florida Republican voted yes.

During an appearance on Fox, Rep. Greg Steube, R-Fla., blasted the bill because it gave $12 billion to Ukraine — even as the plan awarded FEMA money for immediate needs.

“Why don’t we focus on Americans that need help right now,” said Steube.

“I want us to be fiscally responsible,” said Bilirakis on Fox. “The responsible thing to do is wait until the funds are depleted.”

FEMA’s coffers went bone dry responding to the aftermath of Katrina in 2006. Congress hustled back to session during the summer recess to approve FEMA money in a dramatic midnight session.

Bilirakis also said he opposed the stopgap spending bill because it directed money to Ukraine.

“The money needs to come home instead of overseas,” said Bilirakis.

The political storm over Hurricane Ian hasn’t quite formed as the December deadline approaches. But it’s inevitable that a hurricane of this size could carry Category 5 political consequences.

Previous King Charles reveals when his son Prince William succeeds him as monarch
Next North Korea launches missile over Japan; splashes into the ocean and residents warned to take cover