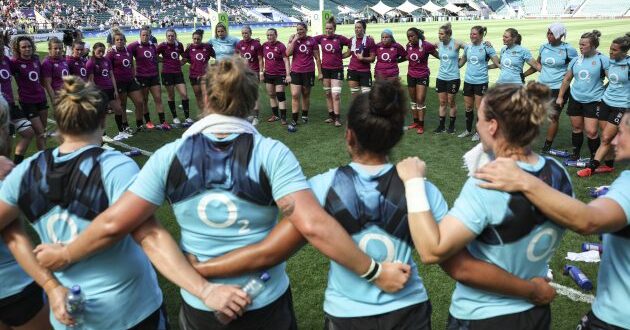 The Red Roses head into this year’s Rugby World Cup as huge favourites, but how have they prepared for the tournament and how are they coping with the pressure?

A new documentary provides a fascinating insight into the England women’s team as a camera crew was embedded with the squad for their build-up to the tournament, which kicks off in New Zealand this weekend.

Wear The Rose: An England Rugby Dream airs on ITV this week and takes you behind the scenes with the Red Roses. Here’s a glimpse of what you can expect…

The Red Roses recently set a new record for the longest winning streak in international rugby (men’s or women’s) of 25 consecutive Test victories and go into the World Cup ranked as the best women’s team on the planet.

This two-part documentary, co-funded by O2 and the RFU, not only provides a look at the gruelling training sessions the team have gone through and the coaches’ selection process but gives viewers a chance to get to know the characters in the squad.

“We’re really proud to share our story in what is a huge year for women’s rugby,” said Red Roses captain Sarah Hunter.

“These documentaries are so important in today’s world and give real insight for fans and potential fans of the future.

“While this documentary focuses on the team’s journey to New Zealand, we hope it inspires people to support us and for youngsters and people of all ages to get involved in the game.”

The Red Roses documentary, Wear The Rose: An England Rugby Dream, airs on ITV this week.

The two episodes will be broadcast on consecutive nights on ITV or you can catch up on ITV Hub at a time that suits you.

If you’re abroad, but still want to watch your local rugby coverage, like the Red Roses documentary, you can do so by using a VPN – Virtual Private Network.

Our friends at TechRadar have tested hundreds of VPNs and recommend ExpressVPN.

Previous Bosnian election: Polls open in a race between nationalists and reformists
Next Biden told Rev. Al Sharpton he will run for a second term in 2024: report