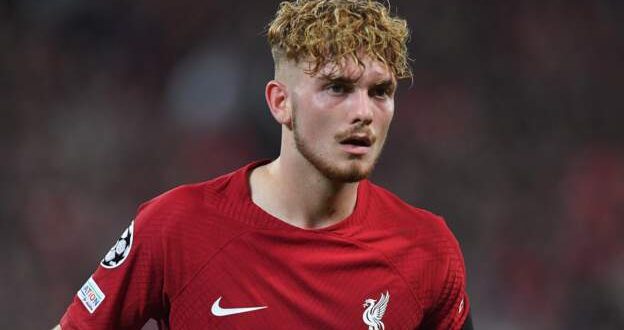 How Harvey Elliott’s ‘obsession’ with football shaped him for success

Liverpool’s season may not have gone to plan so far, but the form of teenager Harvey Elliott has given them something to be excited about.

Elliott, 19, has started eight of Liverpool’s 10 games in all competitions this season, including both Champions League matches against Napoli and Ajax.

Manager Jurgen Klopp described him as a “special player” following the 2-1 victory over Newcastle in August and could hand him another start against Rangers on Tuesday.

But Elliott’s place in Liverpool’s team alongside stars like Mohamed Salah and Virgil van Dijk comes as no surprise to his former QPR academy coach Scott Chickelday.

“He has some fantastic players in front of him and he is learning off them in training. If he wants to earn the right to play, he has to step up to that level.

“He wants to win things, be in the Champions League, winning Premier League titles and maybe even the Ballon d’Or one day. They are the types of targets he will set.

“He won’t stop until he starts achieving some of those. I really hope he achieves it. He deserves it.”

‘It was an obsession’

Elliott, who was known as “Mr football” as a kid, grew up an avid Liverpool supporter alongside his father Scott, but he would develop his skills at QPR.

With Chickelday his mentor, Elliott would spend hours on the training ground practising skills and set-pieces, working towards his dream of one day playing at Anfield.

“When I first came in he was quite shy because he was tiny,” recalled Chickelday. “He played a year up and we had some big characters in that group. It took him a while to get into it.

“But when you’re a good player like Harvey, you get accepted. He wasn’t flash and there wasn’t any arrogance about him.

“He was just so into football. I never saw him without a ball. Even the stuff that didn’t come naturally to him he would put hours of work into. It was an obsession.

“You could teach him a skill and he would practise for hours. He wouldn’t stop until he got it.”

‘That talent made me pick him’

Elliott’s hard work paid off in 2018 when, as a 15-year-old, he made his debut for Fulham in the League Cup having been at school earlier that day.

He made his Premier League debut a year later, becoming the youngest player at the time to appear in the competition at 16 years and 30 days.

Two months later, he signed for Liverpool and signed his first professional contract. Liverpool paid Fulham a compensation fee of £4.3m – a record for a 16-year-old.

But it was a season-long loan spell at Blackburn in 2020-21 that really gave fans a glimpse of what was to come.

“We would never say ‘we made Harvey Elliott’ but we integrated him into a team of men and he learnt to fight,” former Blackburn boss Tony Mowbray told BBC Sport.

“You could see it in training because you couldn’t get the ball off him. It was stuck to his foot. He sees all the passes. From day one the rest of the players I’m sure were going ‘wow.’

“That talent made me have to pick him – he was that good.”

Elliott showed all the traits he did when he was a kid but Mowbray remembered a “bit of a shout-up” after a game away at QPR where the winger reacted to a telling off.

“He was told off for mis-controlling the ball and he fought back. What that showed me was that he had fire in his belly. He apologised the following day and everything was put to bed,” said Mowbray.

“But he had personality, character and he wanted to win every game. It was a really good experience for him.

“The staff would debate whether he was good enough to get into Klopp’s team. I would never question his talent, I just wasn’t sure how he’d displace those players at Liverpool. And yet there he is.”

‘His shirt is framed on my son’s wall’

So what next for Elliott at Liverpool?

“I know how much he loves the game. At the core is this love of football and that drives the very best players,” said Mowbray.

“I wouldn’t compare Harvey to Paul Gascoigne, but the sheer traits of the love of the ball and the game – they had it. They can do anything with the ball.

“Jurgen has seen the talent and trusts him. I would be excited if I was a Liverpool supporter about the continued emergence of Harvey Elliott.”

A view shared by Chickelday who hopes Elliott can take his game to the next level.

“It makes me incredibly proud,” he said. “I love to see all the players I work with develop. Harvey was one who stood out.

“I have a nine-year-old son who watches him play all the time. He gave my son his English shirt. I was wiping the tears away a bit. It’s framed on my son’s wall.

“Who knows what can happen with Harvey Elliott.”