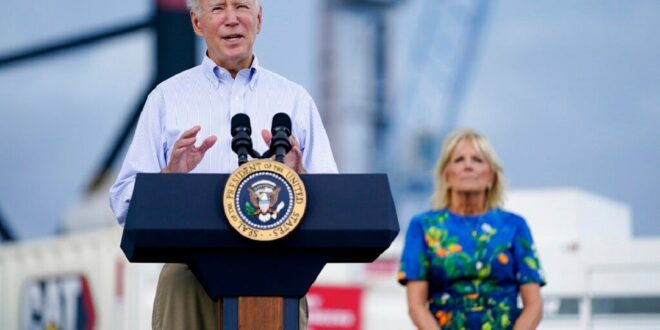 Biden told Rev. Al Sharpton he will run for a second term in 2024: report

President Biden reportedly told Rev. Al Sharpton at a White House event early last month that he planned to run for a second term in 2024.

The interaction is said to have happened between the two on September 2, when Biden met with leaders from legacy Black civil rights organizations, including Sharpton.

An official from Sharpton’s National Action Network who spoke to NBC News recounted Biden as telling Sharpton: “I’m going to do it again … I’m going.”

Fox News has reached out to the White House and the National Action Network for comment but did not hear back before publication.

Biden, so far, has refused to state publicly whether he intends to run for a second term. In an interview with CBS’ “60 Minutes” which aired Sunday, September 18, Biden said it was “much too early” to make any decision on launching a re-election bid.

“Look, my intention, as I said, that began with is that I would run again. But it’s just an intention. But is it a firm decision that I run again? That remains to be seen.”

The 79-year-old Biden has said numerous times that if he remains healthy, he intends to run for re-election.