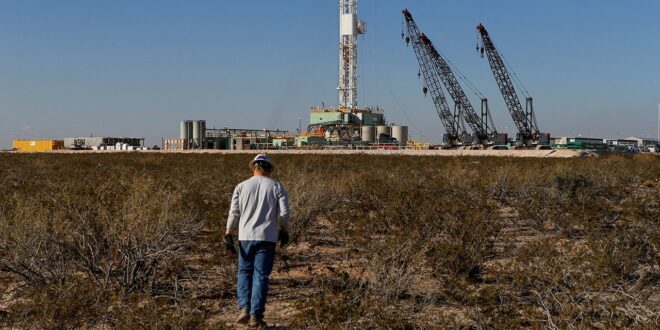 Native American tribes that rely on fossil fuel production across the nation reiterated their demand that the Biden administration allow them to develop the resources on their lands.

Tribal leaders and energy experts contacted by Fox News Digital criticized efforts to restrict oil, gas and coal production even as those resources sustain thousands of Native Americans’s way of life. The Department of the Interior has repeatedly expressed support for boosting tribal sovereignty for Indigenous tribes, but has also pursued a climate agenda limiting fossil fuel production on federal lands and waters.

“Air, water and energy are so foundational to our economy. I believe in the right that all property owners have to develop what belongs to them in any way that they want,” Daniel Cardenas, the chairman of the National Tribal Energy Association and a member of the Pit River Tribe, told Fox News Digital in an interview.

“That’s why it’s important to fight for. To make sure it doesn’t get taken away.”

A dragline excavator moves rocks above a coal seam at the Spring Creek Mine in Decker, Montana, in 2013. The mine is operated by the Navajo Transitional Energy Company.

Roughly 20% of the nation’s total oil and natural gas reserves, 30% of domestic coal reserves west of the Mississippi River and additional natural minerals — altogether worth about $1.5 trillion — are on Native American lands, according to a 2014 study from think tank Property and Environment Research Center (PERC).

However, about 86% of Indigenous land with energy and mineral resource potential remain undeveloped and just 3% of domestic oil production comes from tribal land.

“Resource tribes depend on the development of their resources to create better tomorrows for our children,” Conrad Stewart, the director of energy and water for the Crow Nation of Montana, told Fox News Digital in an interview. “It was basically a mandate in Indian policy to establish and develop our resources.”

The Crow Nation’s coal and resource assets are worth an estimated $27 billion, likely making it among the largest coal owners worldwide, according to PERC. Still, the tribe’s unemployment rate is far higher than the national average and its annual return on coal is less than 1%.

But last year, the Biden administration let the Department of Energy National Coal Council charter lapse, effectively ending the 40-year-old coal production advisory panel which Stewart had served on. The administration has also pursued emissions standards and restrictions targeting the coal industry which tribes like the Crow Nation are dependent on.

“A war on coal is a war on Crow,” Stewart added, criticizing the Biden administration’s energy policies. 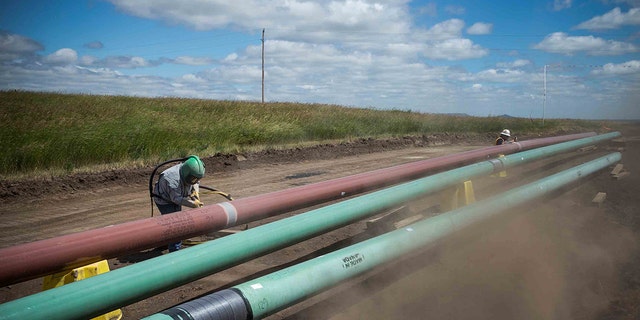 In addition, the Mandan, Hidatsa and Arikara (MHA) Nation, Osage Nation, Southern Ute Tribe and Navajo Nation are among several tribes nationwide that actively rely on oil and gas revenues to meet their budgets.

Land belonging to the MHA Nation — which is known also as the Three Affiliated Tribes — sits atop the Bakken Formation in North Dakota, a massive deposit of oil and natural gas resources. The tribe produces about 23% of the state’s 1.1 million barrels of daily oil production.

MHA Nation Chairman Mark Fox said in June 2021 that it was his tribe’s right to develop energy resources “so our children and grandchildren for the next 100 years have somewhere to live.”

“The MHA nation has benefited tremendously from the oil and gas activity on reservation, primarily with employment,” Ron Ness, the president of the North Dakota Petroleum Council, told Fox News Digital in an interview. “This is a reservation with a very low unemployment rate.”

“It’s created a tremendous amount of wealth and opportunity for the enrolled members of the tribe,” he added. “And they’ve been building schools and building facilities for the benefit of their members, whether it be law enforcement facilities, drug and alcohol treatment facilities, rehabilitation facilities.” 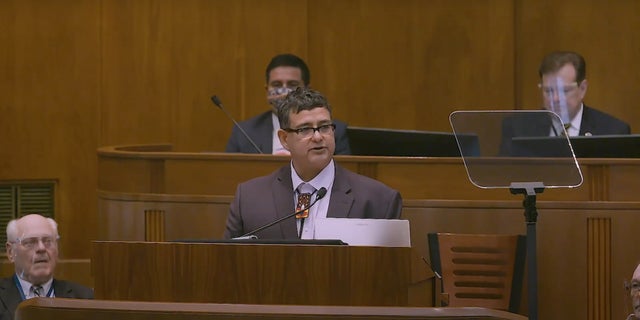 The Navajo Nation, a tribe with land in the southwest, has oil and gas revenues that are estimated to be upwards of $75 million per year, more than half of the tribe’s annual budget, according to Navajo Nation Oil and Gas Company CEO James McClure, who said fossil fuel development is “very important” for the tribe.

“The current administration has worked to support the Navajo Nation on most clean energy initiatives,” McClure told Fox News Digital. “The same cannot be said of oil and gas development.”

The DOI is soon expected to finalize a 20-year ban on oil and gas leasing near the Chaco Canyon historical site on Navajo land in northwestern New Mexico. Navajo Nation President Jonathan Nez and the Navajo Nation Council have fiercely opposed the proposed rule.

And earlier this year the Kaktovik Iñupiat Corporation (KIC), a business group founded to serve the Inupiat people, joined a lawsuit challenging the administration’s oil and gas leasing pause in the Arctic National Wildlife Refuge (ANWR) in Alaska. Native shareholders of the KIC represent the only village and private landowners in ANWR, according to the Alaska Industrial Development and Export Authority.

“We can’t allow the federal government to arbitrarily shut down good-paying jobs for Alaska Native families and cut off revenue streams for local and state governments,” AIDEA Board Chair Dana Pruhs said in March. 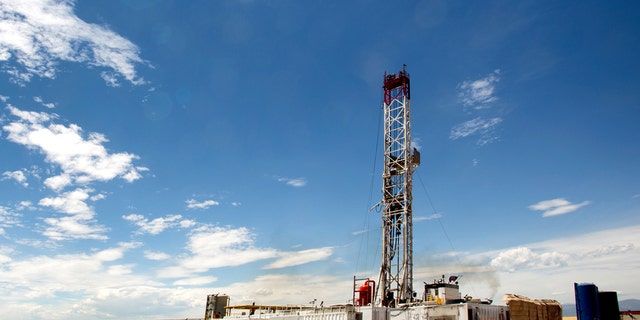 An oil drilling rig is pictured.

DOI spokesperson Melissa Schwartz, though, told Fox News Digital that the administration supports Native tribes in the “exercise of their sovereign powers” to manage their lands.

“Tribes should have the ability to determine whether, when and how to develop energy resources on their lands,” DOI Assistant Secretary for Indian Affairs Bryan Newland said during his confirmation hearing last year.

Still, experts said the Biden administration could do more to incentivize energy production and increase compensation for resources on tribal lands.

“Overall, oil and gas, like casinos, is important where those revenue sources can be tapped,” said Terry Anderson, a senior fellow at the Hoover Institution who authored the 2014 PERC report laying out energy resources on Indigenous lands.

“Federal policy for the last 180 years is — Justice John Marshall said the relationship between Indians to the United States is ‘like that of a ward to his guardian.’ Under that relationship, the federal government says, ‘we need to make sure you don’t make mistakes and therefore constrain you on what you do,'” he continued.

“All climate change has done is add to the trusteeship constraints and regulations that make it far more difficult for tribes to tap their resources,” Anderson said.

Since the early 1800s, the federal government has made itself the trustee of lands and natural resources on Indian reservations, according to the Native American Rights Fund. Under the arrangement, the government largely oversees resource development. 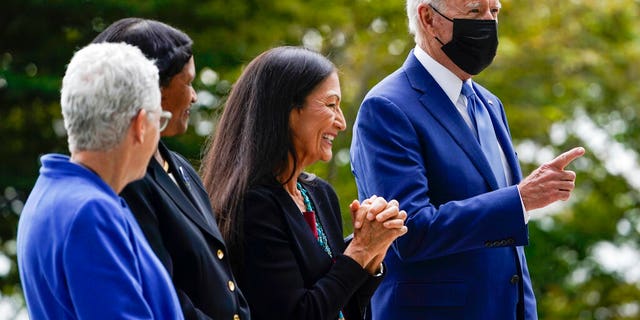 Shawn Regan, the vice president of research at PERC and a co-author on the 2014 paper with Anderson, said many of the hurdles facing tribes that seek to boost energy development come via the permitting process with the DOI’s Bureau of Indian Affairs.

“Tribes now find themselves in this place, in this position, where some of them are interested in tapping those resources, but face a whole bunch of regulatory challenges to doing that,” Regan told Fox News Digital.

“When tribes have tried to develop resources, they’ve often encountered this really complex federal bureaucracy that makes it difficult to fully capitalize on those resources”

He noted the trustee arrangement, adding that tribes have the right to use their land, but only with the approval of the federal government.

Because the federal process for approving every lease and agreement on Native American lands is notoriously slow, energy companies have actively tried to avoid projects on such properties, according to Regan. 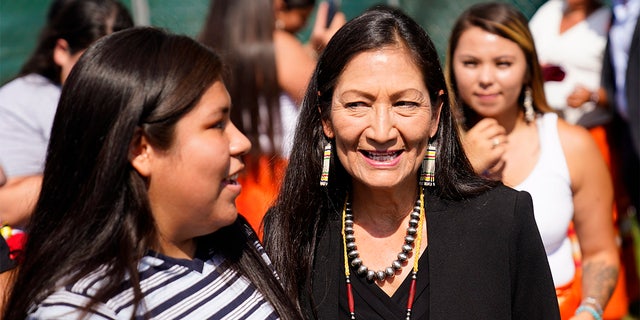 Cardenas, from the National Tribal Energy Association and who supports all energy production on native lands, said the Biden administration has failed to explain to tribes how traditional energy jobs would be replaced by promised clean energy jobs.

“When the administration says, ‘we’re going to create all these millions of jobs if we just switched over [to renewable energy] today,’ they haven’t shown us the fine print that says where those jobs are coming, which region, doing what,” he said. “When you start questioning them there, then they start getting defensive.”

And Stewart, from the Crow Tribe, lambasted the administration for relying on foreign sources of energy over Native American-produced energy.

“What I don’t understand is why they bring in foreign oil and gas resources from someplace else that has regulation that we would not stand for here in the United States,” Stewart said. “Then, they turn around and point fingers at the Native Americans and they say, ‘your resources are too dirty.’”