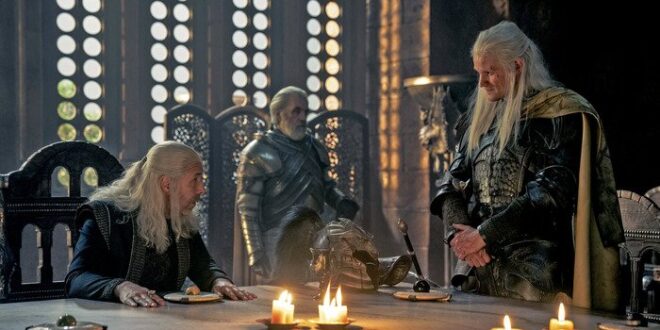 House of the Dragon was slammed by fans for dim lighting in the episode,  reminding fans of the show’s prequel Game of Thrones.

Man fans took to social media to express their displeasure that the show’s lighting was too dim. A similar complaint was lodged against the show’s prequel.

Hours before the episode aired, writer and podcaster Joanna Robinson advised fans on Twitter: “I liked this week’s episode of #HouseOfTheDragon but sure yeah, watch it with all the drapes closed and maybe, yeah, consider The Neil Settings.”

“Can someone please turn the brightness up on this episode I can’t (expletive)”, one fan tweeted alongside a viral meme of a woman squinting.

“My GOD, I can’t see (expletive) during the beach scene between daemon and rhaenyra… can’t even see their damn faces,” another fan tweeted.

While, others compared the episode to the Game of Thrones episode of The Long Night.

“Damn, why (expletive) is it so dark this episode it’s worse than ‘The Long Night’ I can’t see (expletive),” a viewer tweeted.

“I see HBO learned absolutely nothing after complaints of ‘The Long Night’ being too dark,” another wrote. “If I were watching #HouseOfTheDragon on a crappier TV, I’d be pissed.”