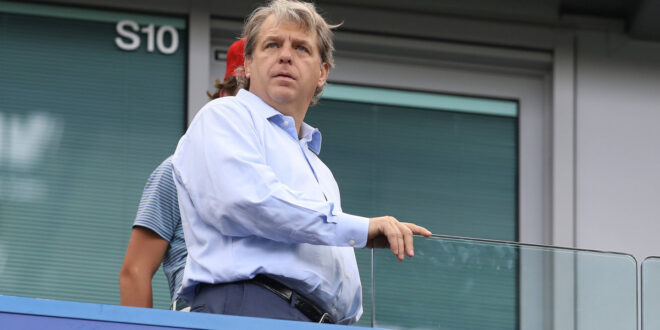 If one can imagine London clubs joining forces to face off against Liverpool and Manchester United teams, it’s not too far from Todd Boehly’s vision.

Speaking Tuesday at the SALT Conference in New York, the new Chelsea chairman and Dodgers part-owner floated the idea of a Premier League all-star game in a similar setup to Major League Baseball’s midsummer classic.

While Boehly acknowledged that there could be a cultural barrier to address, he sees it as a way to raise money for lower divisions in English soccer.

“Ultimately I hope that the Premier League takes a little bit of a lesson from American sports and really starts to figure out why don’t we do a tournament with the bottom four teams, why isn’t there an All-Star game?” Boehly said, per ESPN.

“People are talking about more money for the pyramid. MLB did their All-Star Game in L.A. this year—we made $200 million from a Monday and a Tuesday. You could do a north vs. south all-star game for the Premier League to fund whatever the pyramid needed very easily.”

At the conference, Boehly also said that in order to help develop younger players, he would eventually like to see Chelsea follow a model similar to Manchester City and Red Bull, which own multiple clubs around the world.

“We’ve talked about having a multi-club model,” he said. “I would love to continue to build out the footprint. I think there’s different countries where there’s advantages to having a club.”

Previous Real Madrid 1-1 Osasuna: Champions held to end winning run
Next What car are you based on your zodiac sign?